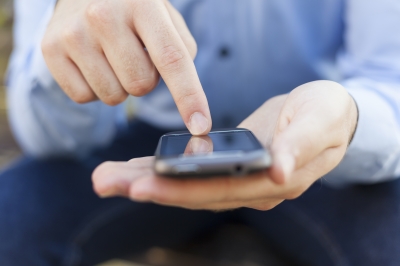 No one likes coming last. Unfortunately for Sprint, that's exactly what happened to its ratings on one Consumer Reports survey that asked nearly 60,000 customers about their experiences with wireless carriers. Despite coming second to Verizon Wireless in the customer service category in 2012, Sprint has found itself finishing 2013 dead last in several categories.

Sprint Corporation is the third largest wireless provider in the United States, serving over 54 million customers. Many of those customers took the time to voice their dissatisfaction with the Kansas-based company for a variety of service issues. Although it ranked second behind Verizon Wireless last year in overall satisfaction among major wireless carriers, Sprint received poor marks from customers this year for both its value and the performance of its 4G, voice, and text services.

According to a statement released by the company, these low rankings were not unexpected. The company has been upgrading its system during 2013, and the new system, called Sprint Spark, is the company's next-generation network. It's a high-speed LTE wireless service that promises to deliver incredibly fast connection speeds. However, other wireless carriers have already created similar systems and are currently expanding them, which means that Sprint, as it admits, is lagging behind.

Sprint tested Spark in five cities including New York City prior to rolling it out to the rest of its network. The implementation was not smooth for customers, however. A test by Alex Nolan of GigaOM found the service to be good overall, but the connection speed varies depending on the device used to access it. It also appears that customers in areas where the network has not been upgraded are experiencing enough frustration with Sprint to leave for other wireless carriers in droves.

The company remains hopeful, however. It has reported an improvement in customer satisfaction in areas where the Sprint Spark has been implemented and hopes this trend will continue as the upgrades to its network are completed. Whether or not Sprint will fare better on the 2014 Consumer Reports survey remains to be seen.

The survey also revealed something that all the major wireless carriers should be concerned about: small providers are now ranking higher than big companies. In particular, Consumer Cellular received exceptionally high scores in customer service and performance. This is interesting, because it uses the same network as the lower-ranking AT&T. The theory is that these companies offer the prepaid and no-contract options that consumers increasingly prefer, particularly since the survey found that 38 percent of respondents used only half of the data plan allowances they paid for.

With this in mind, T-Mobile's new flexible customer service policies and cheaper pricing could elevate it to higher ratings in 2014. As a result of eliminating two-year contracts and letting customers upgrade their phones twice yearly, the company acquired 444,000 new subscribers in the third quarter of 2013. With numbers like that, Sprint and other wireless carriers will have to step up their games if they hope to retain market share in the coming year.