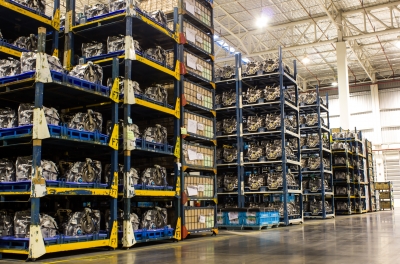 Those who work in the retail industry are notoriously underpaid. But there are companies that actually do pay their employees who work in retail sales a livable wage. Costco is one of those companies and they have been rewarded with robust sales, increased consumer goodwill and dedicated employees.

Costco has bucked the trends that most businesses in retail sales tend to follow. For example, in comparison to CEOs of other companies, Costco's CEO doesn't make a huge salary. Costco's CEO's salary is less than a quarter of the CEO of Walmart's salary. This means more of the company's profits remain with the company.

Part of what those extra funds go into is paying employees a livable wage, another thing that makes Costco stand out in the retail industry. Employees make well over minimum wage and also enjoy affordable health insurance. In return, Costco employees are loyal; for employees who work for the warehouse giant, turnover is less than six percent. Costco also promotes from within, with many of the management team promoted from cash register or floor positions. The company also ranks high on the equality scale. These are things customers and those inside the retail industry know about the company, but since the company does not advertise, Costco's business model is one of the best-kept secrets in retail sales.

Costco bucks trends in other areas too. Unlike companies that are now open on Thanksgiving Day, Costco opts to remain closed so their employees can spend the entire day with their families. When other companies were laying off employees during the recession, Costco increased their employee's wages, a completely different approach than others in retail sales.

So, since Costco pays its employees a decent wage, gives out raises in a bad economy and allows its employees to have holidays off, it would be reasonable to think Costco passes these costs off to its customers. Not so. Costco's merchandise markup is vastly lower than most other large retail stores. Unlike other stores with markups of 25 percent or more, Costco rarely increases its merchandise prices by more than 15 percent. Just one more way the company separates itself from others in retail sales. And the company shows no indication that they are going to change their ways.

Costco understands that well-paid, happy employees are good for their bottom line. The company recognizes that it costs more to have to deal with employee turnover than it does to keep the current employees happy.

As for customers, they recognize a good company when they see one and are more willing to patronize a company that can offer decent prices while still treating their employees well. Costco has discovered and developed a winning combination and that is why they are as successful as they are.

Photo courtesy of photoraidz at FreeDigitalPhotos.net