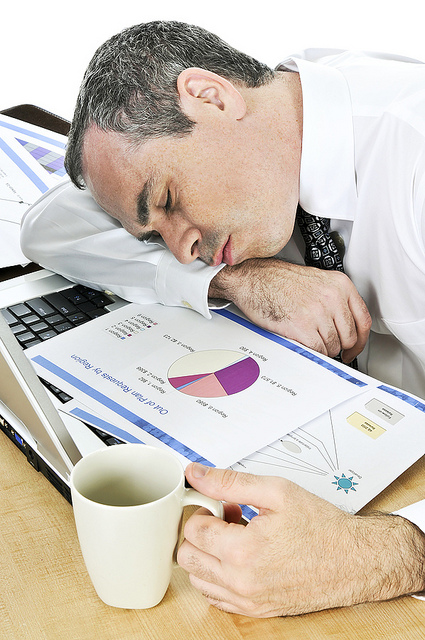 For many years, doctors have struggled to understand what causes chronic fatigue syndrome, a disorder in which sufferers feel extreme exhaustion for no apparent reason even when they get plenty of rest. A study published in the journal Microbiome in April 2017 suggests that gut bacteria could be to blame for the symptoms of CFS.

Researchers also found that CFS often occurs alongside irritable bowel syndrome, a disorder that presents as abdominal pain and sometimes constipation or diarrhea with no obvious cause. Between 35 and 90 percent of people with CFS have some IBS symptoms.

Researchers think that these differences in gut bacteria could be significant. Previous studies have shown that gut bacteria can affect the immune and central nervous systems, so it's possible that bacterial imbalances in the gut could be causing the extreme fatigue experienced by people with CFS. However, the reverse could also be true, researchers say — changes in gut bacteria are due to chronic fatigue syndrome.

The 2017 study doesn't give any hint about how people with CFS or IBS ended up with different levels of gut bacteria compared to healthy people. However, previous research on mice suggests that diet has a big effect on gut bacteria. If researchers can work out how the guts of people with CFS react to specific dietary changes, this might open up another possible avenue for treating the condition.

Scientific studies over the last few years have revealed that gut bacteria are incredibly important for human health. Thanks to recent research into the gut bacteria profiles of people with chronic fatigue syndrome, scientists may one day be able develop diagnostic tools and effective treatments for this debilitating condition. It may even be possible to develop treatments for CFS and IBS that involve altering the levels of bacteria in the gut.

Photo courtesy of naturalhomecures at Flickr.com