Could IoT Devices Be Putting Your Workplace at Risk? 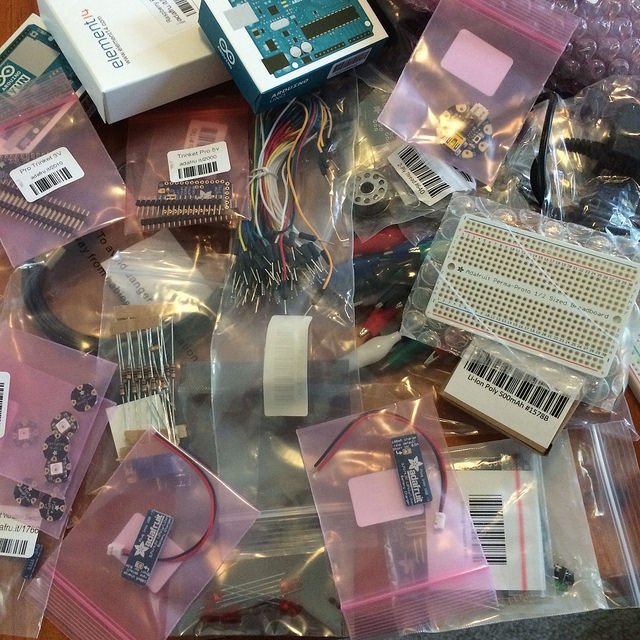 The Internet of Things continues to expand thanks to technological improvements that connect office devices to each other wirelessly. For example, your printer might talk to your mailroom's ordering system when toner is low to order more cartridges automatically. Unfortunately, IoT devices may put your business at risk due to security breaches. Here's what to look for and how to increase your cybersecurity with these technological marvels.

Why Are IoT Devices Vulnerable?

Most IoT devices have a preset password or code created by the manufacturer. Those codes normally don't change unless the company sends in updates to the devices. This leaves the sensor, printer, security camera, locked door or even your break room's refrigerator vulnerable to hacking.

Malware may get into your IoT devices through apps on smartphones used to control the hardware. When this happens, hackers may decide to use the apps or devices to dig deeper and put your business at risk even further. Malware could infect a PC or laptop with vulnerable information, or the computer virus could cause your computer system to shut down.

Wireless routers are particularly vulnerable to IoT devices because they are programmed to automatically accept connectivity to certain new devices when the objects are in range and activated. This process happens invisibly and without any human intervention. Many times, IT departments cannot see what's connected to the wireless router, and this vulnerability could lead to wayward devices that compromise security protocols and have unauthorized access to your company's internet.

One example of how a hacker used a vulnerability in IoT software occurred in 2016 in millions of DVRs with a two-hour outage on Twitter, Reddit, Spotify and Github. The hacker used the DVRs to simultaneously request information from these servers. The sudden uptick in millions of requests overloaded the servers supporting these websites and caused a widespread outage to every user. This attack shows precisely how companies are at risk from interconnected devices that work automatically. The major internet companies lost service for hours before finding a solution.

How Can Companies Mitigate the Risks of These Devices?

A survey conducted in early 2016 by PricewaterhouseCoopers revealed that as many as 70 percent of IoT hardware doesn't have the right security protocols in place to handle a cyberattack. IT departments should determine when IoT manufacturers plan to release regular updates to security codes and software. Your business should also keep a strict inventory of connected devices that need access to your wireless router.

Passwords are also important to the security of your firm. Change the default password of devices once you receive them. Your wireless router should also have a strong password, and consider changing these passwords on a regular basis to help prevent hacks. Employees should only download apps and software updates from trusted providers rather than unknown sources.

Alerts and testing also help IT departments deal with vulnerabilities. Your IT staffers should test a vendor's cloud capabilities to ensure it protects your data. Create alerts to notify your staff when any security breaches happen.

IoT devices are very helpful in creating data to analyze. However, they can create security risks if your company doesn't deal with them properly. Take precautions before you add even more connected hardware to your office.