Count on the Kids for Healthcare's Future 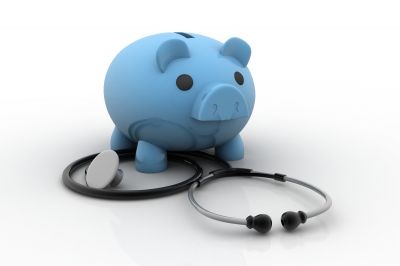 Children are the future. No one would dispute that fact. Children, or young adults, are also the future of healthcare. The fate of Obamacare is in their hands. Insurance Journal went so far as to say that what they do when the health exchanges open in October is the most important success factor for health care reform.

Access to affordable healthcare is a good and noble cause. Those who are sick don’t need convincing. But younger, healthier adults may not feel it’s necessary to spend the extra money. They often feel invincible. Illness and death are for the old to worry about. Why spend money now on healthcare premiums for services they don’t need? They can spend that money on necessities and a few luxuries instead.

Who can afford premiums of any level in today’s job market? The Economic Policy Institute predicts that 30 percent of Americas will hold jobs at or below the poverty level in 2020.  Fifty percent of college graduates are under- or unemployed.  Those who are working are more likely to be holding low-paying service jobs.  The premiums at health exchanges will have to mirror the name of the healthcare act—affordable—to attract enough young people to make it work.

Here’s how it has to work.  Enough young, healthy Americans have to sign up for healthcare through the exchanges so their premiums will pay the costs for older, sicker Americans.  Pretty much like social security.  There has to be a large working population with a high enough wage for the government to collect enough social security taxes to fund social security checks for those who are retired.  A simplified explanation, but for the program to work, young people have to pay in to pay for those who need the services now.

With all the fighting and stonewalling going on in Congress, one would think young adults will follow political lines when deciding whether or not to sign up.  Surprisingly, young adults are not divided along political party lines.  Older Republicans may resist the President’s health care reform, but younger conservatives are going for the benefits.  A poll conducted by Kaiser showed that seven out of 10 young adults felt that health care was very important to them.

One of the most attractive provisions of Obamacare for young adults is staying on their parent’s insurance until age 26.  With many young adults working low-paying jobs without benefits they are doing so in big numbers.  One study found that a greater number of young people between the ages of 19-25 who called themselves Republicans signed up to stay on their parents insurance.

Sound like a big gamble?  The stakes are high.  Without enough young people paying premiums, the costs will go up for everyone.   With the unemployment rate still around 7.4 percent, many people won’t be able to afford health insurance regardless of premium cost and subsidies.  Companies faced with offering healthcare to full-time workers may decide to cut employee schedules to fewer than 30 hours per week to avoid participation and penalties. More people out of work will put more pressure on the exchanges to offer plans that are affordable.

The final outcome is hard to predict.  Will the young, healthy but uninsured Americans line up like shoppers on the eve of “Black Friday” to get health insurance on October 1?  Only time will tell.