Cultural Dynamics of the Modern Workplace 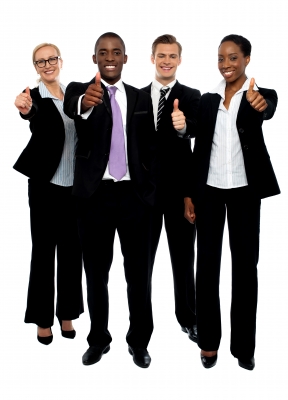 Are you aware of a cultural war in the American workplace? Cultural dynamics in the United States are changing, and the modern workplace is one battleground where these changes take center stage. Several factors influence what's going on in American offices across the nation. Here's how human resources can help mitigate any problems by facilitating positive changes in the workplace.

Legal and social changes outside the workplace lead to what some experts call "forced diversity" in the workplace. By 2044, there will be no more ethnic minorities in the United States as no single ethnic group should have a majority of the population. However, forced diversity isn't just about physical differences between genders or among ethnic backgrounds. People with different religions, gender identities, political views and sexual preferences reflect a more diverse workplace. As such, arguments and disagreements may occur due to people with opposing views. Human resources must learn to handle these changing cultural dynamics in the modern workplace sooner rather than later.

How to Facilitate Positive Change

Positive changes from cultural dynamics come from building relationships first. Creating more rules limits how people can relate to each other simply because a written policy cannot anticipate every possible scenario when it comes to workplace diversity. Instead of playing into a me-first attitude, human resources should encourage people to be other-minded by seeing things from someone else's perspective. This means everyone should bring out the best in others rather than focusing on the fear of something different.

Employers, from the top of the leadership ladder downward, must address the fact that every worker within a company should be treated with respect and dignity. Every role in the office is important, from the CEO to the newest entry-level job. Human resources and top executives need to remember that culturally diverse companies make more money, have happier employees and have lower turnover rates.

One final piece of the puzzle is having honest performance management regardless of someone's cultural background. Performance management represents the pure numbers of how a person shows worth to a company. If an employee's performance metrics start to slip, managers must take action to correct the dilemma by proactively showing the employee the numbers and then suggesting corrective action. All of these factors can help bring about positive changes at the office, but there are some aspects of cultural diversity that companies should avoid.

What Not to Do

Pointing out these new cultural dynamics in a formal way is not the answer. Human resources departments love to get policies written down and approved. That's because written policies are the CYA tools of an organization, and written policies ensure everyone is on the same page.

Unfortunately, having specific written policies about cultural dynamics only invites fear of discipline for not following the policies. Formalized training isn't the answer either, because it fosters the idea of zero tolerance, and fear of discipline, when employees are forced to deal with cultural diversity. This could lead to less employee engagement and less productivity.

Cultural dynamics are a necessary component of offices, regardless of whether human resources recognizes it. When an employer puts relationships ahead of numbers, everyone at the company wins.