Demand for Engineers Remains Strong in 2014 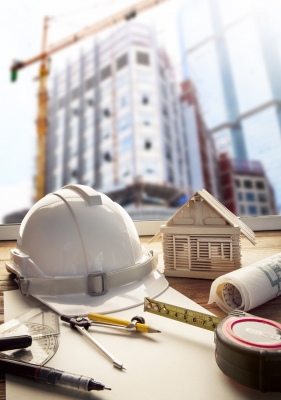 If you're looking out for brand-new engineer jobs in 2014, you may be in luck. STEM in general—and engineering in particular—is a diverse employment field: while the number of electrical engineers decreased in the US last year, the number of individuals employed in manufacturing-related engineering jobs increased. The increased use of automation, for example, created an array of new engineering positions.

Ironically, China, long seen as a major reason for the decline of America's manufacturing industry, may have become a victim of its own success. When China's production influx began, companies sought to take advantage of cheap labor prospects. In turn, they produced a wealthier Chinese middle class. Now, demands for higher wages and foreign scrutiny over working conditions have made China a much less palatable resource. In short, cost-cutting measures aren't working as well as they used to.

Businesses such as Foxconn have responded to this change in two ways: upping the amount of automation at existing plants and introducing plans for new production facilities, some of them in the US. Meanwhile, some employees at Foxconn's China-based manufacturing plants have been given engineer jobs.

Interestingly, automation will very likely bring with it an increase in the number of engineer jobs in the US. According to industry insiders, technological corporations such as Foxconn will steadily continue to move operations to the US. Clothing manufacturers are likely to keep outsourcing to countries in which human labor costs are cheaper; technology production, however, will need —an educated workforce that works in tandem with advanced robotics systems.

The number of skilled engineer jobs in the US is therefore likely to rise as a result of the reshoring movement. However, manufacturing jobs won't be as numerous as they once were because of increased automation. Still, the shift in corporate preference is encouraging for individuals considering careers in engineering.

If you do plan to take advantage of new engineer jobs in 2014, make sure your resume stands out. Rather than providing a simple list of references, consider including testimonials written by fellow employees or supervisors at other engineer jobs you've had. If you place those positive words in front of recruiters, you can pique their interest in your resume as a whole. Careers in engineering also demand a strong set of planning skills, so if you can include a sample design document in each application you deliver, you may find your engineer job prospects go up even more.

THE TAKEDOWN OF TRAVIS KALANICK: The untold story of Uber's infight...
news from Markets
Apple's Rising Class of Leaders Will Shape a Post-Tim Cook Era
news via Yahoo Finance