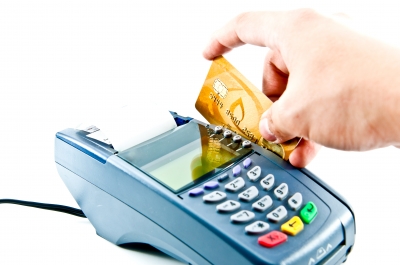 The idea of a cashless society may sound like science fiction. Imagine a world where everyone depends on electronic payments made by swipe cards, thumbprints or retinal scans. That type of future took one step closer to reality thanks to a proposal put before the government of Denmark.

The Danish parliament revealed a plan to repeal laws that require retailers to accept cash or currency as payment. Instead, proposals aim to make electronic payments the only way to pay at gas stations, restaurants and clothing retailers by January 2016.

The impetus behind the cashless society movement stems from the spending statistics of Danes. Electronic payments made by credit or debit cards accounted for 84.2 percent of Danish transactions in 2012. E-wallet payments have made significant growth since then. Only Ireland tops Denmark in terms of the popularity of noncash payments.

The retail industry stands to be on the front lines of innovation with respect to this Danish proposal. Retailers could have the option to accept the Danish krone as payment, but they do not need to if the proposal becomes law. Other businesses, such as doctor's offices, post offices, hospital cafeterias and dentists, still must accept cash as a form of payment.

Money wears out eventually. Paper currency breaks down and must be reprinted. Moving towards cashless payments saves the Danish government even more taxpayer money by printing less currency and minting fewer coins. Counterfeiters have less sway, and the price of metals would not affect how much money it costs to mint coins. Despite its lack of traditionalism, moving to cashless payments saves money across all demographics.

Danish groups believe not every retailer may suddenly drop cash altogether. The process could be gradual and may take years to spread throughout the country to every retail store.

More and more companies rely on cashless payment systems as a way to accept money for goods and services. PayPal, Google Wallet and Apple Pay have all expanded their reach into the retail sector. Payments made through mobile devices, instead of a card swipe, have become mainstream ways for consumers to check out at registers. Millennials especially enjoy making mobile payments as the younger demographic takes over consumer spending in the United States.

Electronic payments represent the wave of the future. The Danish experiment may have implications for the retail industry throughout the rest of Europe, and perhaps the United States, decades down the road. Cybersecurity and hackers remain two problems the Danish proposal faces if something goes awry with the proposal.