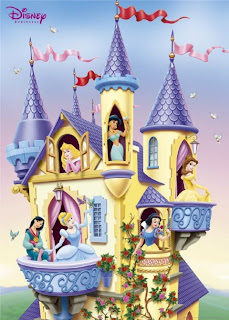 Disney has acknowledged the elementary school age old battle of the sexes. In order to keep boys interested and box office returns up, they’re ditching the traditional princess themed pictures.

The latest and last Disney princess incarnation, Rapunzel was titled Tangled in order to entice more boys to want to view it. A stronger male lead and more action sequences stylized like the “Bourne” movies were added to widen the appeal. After the limited marketability and financial flop of The Princess and the Frog, Disney had to do something to compete with recent releases from Disney rival Dreamworks like the widely popular How to Train Your Dragon.

The problem with the princess movies isn’t just that boys think they’re yucky, girls are quickly outgrowing the idea of wanting to be princesses. Media critic Dafna Lemish, who writes about the influence of film and television on children, has noted, "By the time they're 5 or 6, [girls are] not interested in being princesses. They're interested in being hot, in being cool. Clearly, they see this is what society values."

The studio will be focusing on the future instead of fairy tales by taking on what’s making money. Pixar films like Toy Story, Up and Wall-E are the influence for the future at Disney Animation studios, headed by John Lassiter. The next project in the queue is Reboot Ralf. Almost a complete 180 from the princess movies, Ralph is an old school video game character trying to make his way in the X-Box world of today.

Moving past the fantasy is a big change for a company that it known worldwide for its landmark fairy tale castle. You can already see the difference on the streets of the Magic Kingdom. Once they were filled with folk lore characters like Sleeping Beauty, Snow White and a slew of dwarfs whereas now it’s more common to bump into Buzz Lightyear, Jack Sparrow or one of the recently acquired Marvel superheroes.

Ed Catmull of Pixar Animation Studios, who runs Disney Animation along with John Lassiter, doesn’t think that princesses are extinct; just outdated for the time being. He says, "Films and genres do run a course. They may come back later because someone has a fresh take on it …”

By Heather Fairchild - Heather is a writer and blogger for Nexxt. She researches and writes about job search tactics, training, and topics.

Disney is the worst
news from The Week - Business