Diversity in Gender is Good for Business 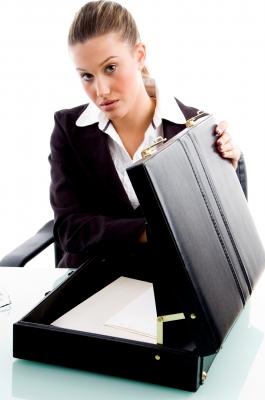 Gender diversity in leadership positions, along with the gender pay gap, has made headlines in 2015 and 2016 as the Obama administration tries to solve the problem of women making lower salaries than men. Even though they make up half of the American population, women are a significant minority in leadership roles and executive positions and on corporate boards.

Accounting Today notes that women comprise just one in six members of corporate boards. This lack of gender diversity hinders businesses that fail to address the gender gap at the highest levels of a firm's employment structure. The reasons for male-centered boardrooms are complex, but government legislation may help alleviate some of this issue.

Rep. Carolyn Maloney, D-New York, introduced legislation that may cause firms to improve gender diversity in leadership roles. Her bill, entitled the Gender Diversity in Corporate Leadership Act, would require publicly traded firms to report the genders of directors and nominees to their boards. These reports, made to the Securities and Exchange Commission, would allow investors to make better decisions as to the purchase or sale of stock. When a company's investments take a hit due to a lack of diversity on the board, the company might take a more proactive stance to include more women in leadership roles.

Gender diversity is an important concept to investors. The Association of Chartered Certified Accountants believes more diversity across companies, especially those in the financial sector, shows that companies with more women in leadership roles increase profitability, have better budget management and see better returns on investment. Unfortunately, a few factors may keep women from taking on more responsibility in the corporate world.

In the financial sector, a gender gap among accounting salaries exists in all levels of employment. The Institute of Management Accountants noted that women in accounting firms make 78 percent of what men do. Benefit-based compensation is also lower in accounting and financial industries. Lower salaries may keep women out of board positions simply because they feel as if advancement doesn't lead to higher wages.

Parental leave and family-friendly workplaces may also show why women don't move up to leadership roles. Once women realize their goals and ideas are valued, they may make more concerted efforts to attain executive positions.

Companies perform better financially when women are in leadership roles. Investors can choose to spend their hard-earned money wisely by purchasing stock in firms that have better gender representation at higher levels. Women who try to move up the corporate ladder can learn to negotiate for better salaries and benefits and more flexible work schedules. These facets are simply good for business, so companies should take note if they want to have a better chance to thrive in the future.

Gender diversity is the responsible thing to do across all sectors. Accountants and accounting firms can lead the way by encouraging companies to report gender-based statistics to shareholders as part of their financial statements. Once firms realize this reporting benefit, more businesses should fall in line until it becomes a standard.