Diversity in the Workplace 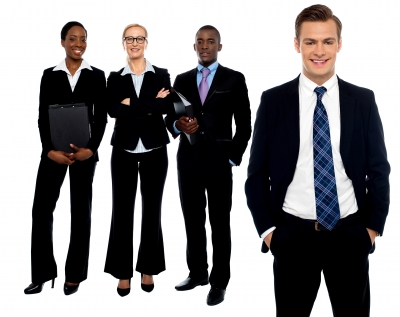 While diversity is a key feature of the ideal workplace, in reality, progress has been much slower than many want to admit. How can a company make way for minority professionals at all levels without generating feelings of unfairness and bitterness in majority employees? Developing a positive action initiative is the first step.

When implementing a positive action program, don't expect all majority employees to have a negative attitude toward the program or all minorities to embrace it. Attitudes concerning positive action are affected by many factors, and assuming otherwise can spell bad news from the start. Prepare to be scrutinized from all sides as you aim to develop an initiative that most employees view as fair.

Participation of All Parties

Any diversity initiative should be merit-based to encourage high performance while preventing feelings of unfairness. HR teams may also want to consider creating a development program that welcomes the participation of all employees, both majority and minority, to avoid any feelings of competition.

There are several dangers of a poorly designed positive action program. Majority employees may view minority employees promoted through the program as undeserving, believing they received a promotion or opportunity purely based on their minority status. Minority employees may also absorb this attitude from their peers, which can result in self-limiting behaviors. One option to combat these pitfalls is to avoid labeling the initiative as a positive action program, instead emphasizing its role as a development initiative.

When rolling out the program, involve managers and senior employees, encouraging them to nudge minority employees to apply. However, in the end, ensure that all responsibility for success falls on the participants. Although the HR department and managers are providing support, there should be no guarantee for promotion.

Other Ways to Encourage Diversity

Positive action is just one step in creating a more diverse workplace. Other initiatives include offering flexible work arrangements for employees taking care of families, implementing solid mentoring programs, and widening the recruiting base to more diverse geographical areas.

The current state of diversity in the workplace may be far from ideal, but a positive action program can provide minority employees a greater chance to succeed. With a few easy steps, your team should be well on its way toward establishing a more diverse workplace.

What's To Come In 2021 For Diversity, Equity And Inclusion In The W...
news via Forbes - Leadership

How Do You Decipher The Company With True Inclusive Values And Spot...
news via Forbes - Leadership
Watch live: Why mentorship is so important to create diverse workpl...
news via Latest News - Ad Age