Does It Make Sense to Rehire Ex-Employees? 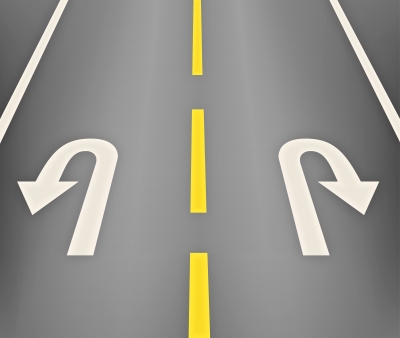 During the course of your human resources career, you likely will fire employees, lay off staff and accept resignations. At the opposite end of the personnel spectrum, you will make decisions to hire new staff. But what happens if you are faced with the quandary of deciding to hire a former employee to a new position? Several considerations must be evaluated in deciding whether to rehire ex-employees.

Businesses wish to minimize the risks of hiring the wrong applicants. Some of the tools used to avoid bad hires include sophisticated software systems to aid in weeding out the obviously unqualified from the applicant pool and extensive interview processes and questions to assess candidates objectively. In addition, thorough background checks can uncover any potential warning signs and red flags. In addition to the many possible risks and uncertainties inherent in bringing a relative stranger on board is the onerous orientation process that begins once a candidate is selected also helps to ensure the validity of hiring choices.

When weighing the many pitfalls and problems that might develop during the hiring process, you might be tempted by an opportunity to hire a former employee who seeks to return to the company.

These so-called boomerang employees usually ramp up very quickly and require little training. A former employee already understands the corporate culture. Additionally, the former employee could have gained valuable experience, connections and skills during his or her time separated from the company. Before you rehire ex-employees, though, pause and consider the following.

First, review the reasons the employee left in the first place. If the circumstances for his departure were less than amicable, you should assess whether rehiring this former employee is likely to end with similar results. Also consider the potential impact the rehire might have on fellow employees who once were co-workers.

Determine whether you are considering hiring this former employee out of convenience and expediency or because he actually seems to be the best candidate to fill the position. The hiring process can be a tedious, time-consuming ordeal, and turning to rehire ex-employees might seem an appealing alternative to that process. However, the long-term implications of rushing to rehire requires a careful review to balance the short-term benefits such a hire seem to offer.

Additionally, consider what the former employee has been doing since leaving your organization. Ask yourself whether bringing back staff from the past helps move your company forward.

At times the human resources responsibility for recruiting, retention, evaluation and termination appears to be a never-ending cycle. Shortening the hiring and training portions certainly is tempting. Whether the benefits of rehiring a former employee outweigh the negatives is not a black-and-white decision in most cases. Take careful steps to decide whether a boomerang employee is the right choice for your organization.

(Photo courtesy of mapichai at FreeDigitalPhotos.net)