Don't Expect to See a Drone Flying by Any Time Soon 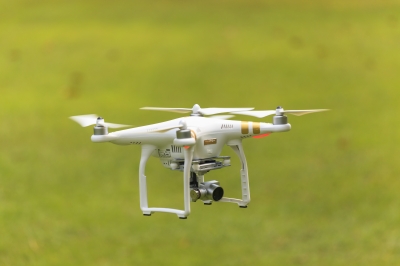 Drone technology continues to gain popularity with hobbyists and professionals. You likely watch awesome drone footage on news broadcasts or on YouTube showing the latest aerial views of weather events or large gatherings. Drone delivery is one aspect of this technology that shows a lot of promise, but this type of system still has a long way to go before widespread use.

The retail industry first came upon the idea of drone delivery thanks to an idea put forth by Jeff Bezos, CEO of Amazon.com, in late 2013. At the time, other retail giants balked at the idea of sending products through the air and landing them in someone's yard. Then, as drone technology advanced and Amazon.com demonstrated the feasibility of drones during testing in England, other retail giants took notice. In March 2017, an Amazon drone delivered sunscreen to an outdoor location at the MARS 2017 conference in Palm Springs, California.

Even logistics companies began testing drone delivery as a way to save on labor costs. UPS showed it could use a delivery truck as a drone platform. Drones can make some nearby deliveries while the driver parks the delivery truck and goes to a residence or business. Drones would use the truck as a home base and recharging station. Having a driver nearby also helps remedy any possible snafus with the drones, even though these drones alleviate the driver's burden of making extra deliveries. The main idea is to make logistics more efficient and with less human labor.

Convenience store giant 7-Eleven also got in on the drone delivery act when it made 77 deliveries in the Reno, Nevada, area in November 2016. Despite these high-profile drone test, the technology still has a long way to go.

Despite these advances in drones and interest from Google and Walmart, experts believe drone systems are about three years away, as of 2017. Even then, drones may only comprise 1 percent of the commercial drone market at that point. Retailers have to scale several hurdles before consumers see drones flying around their houses.

First, there's the FAA. Drone flyers need permits to test advanced automated drone technology. In a residential setting with a lot of buildings, drone operators must be within sight of the drone at all times. Testing for automated drones remains limited to sparsely populated areas unless companies pass a higher standard of regulations.

Second, there are financial considerations. Widespread drone use, if it comes online right now, is expensive. Retailers must determine the optimal way to distribute drones to make them the most cost-effective option. Do companies need drones in special warehouses in ground-based locations? Are trucks filled with drones the most feasible options? Amazon even went so far as to suggest having blimp-based drone bases that stay mobile above urban areas. The blimps serve as a floating warehouse and a way to recharge the drones.

The retail industry must find out the public perception of drone delivery. What happens if a drone crashes? What occurs if someone steals a delivery?

Drone delivery faces a lot of challenges, including public perception. However, retailers see this as a cause worth investing in, so prepare for your goods to fly the friendly skies in the future.

Google’s recent behavior shows the troubling reality of an internet...
news from Markets