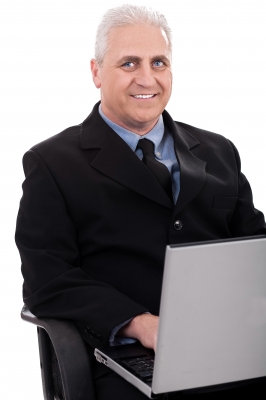 A recent decision by the U.S. Eighth Circuit Court of Appeals upheld a lower court's ruling that states terminating older, and "sicker," employees at firms is age discrimination. The case stems from a 2009 incident during which Associated Underwriters fired employees because of a sudden increase in the company's health insurance premiums.

Arkansas employment attorney Steve Jones explains the insurance company hired Marjorie Tramp in 2000, but new owners fired her in early 2009 after the company faced financial difficulties in 2007 and 2008. Greg Gurbacki and Chris Hallgren, the newer owners, terminated seven employees in 2007 based on job performance. Tramp was retained, despite Gurbacki's concerns over the quality of her work. Two years later, Tramp was let go because Associated Underwriters' health insurance premiums were higher when she was included in the estimate. The reason for the higher insurance was because Tramp, and another older employee, were over 65.

A third-party insurer required demographic information for every employee. The insurer told Gurbacki and Hallgren that employees 65 and older are not normally included in cost quotes because those people are eligible for government-funded Medicare benefits. Other quotes were made that excluded employees over age 50, and these quotes were also cheaper. Instead of eliminating the employer-provided insurance, the owners decided to cut costs. Associated Underwriters' owners offered to cover gaps in Medicare insurance to Tramp and the other employee over 65 in July 2008. Tramp refused the offer, and she was terminated February 2009 along with three other employees, two of whom were under 40.

Gurbacki and Hallgren traded emails about how to handle the insurance cost increase while trying to save the company money. One email from Gurbacki to third-party insurance providers said, "We have lost several of the older, sicker employees and should have some consideration on this." Tramp subpoenaed this correspondence, and others similar to it, to help prove her age discrimination case to federal judges. Gurbacki insisted Tramp's termination was due to a written reprimand in October 2008 rather than age discrimination. However, the federal court noted additional emails from Gurbacki to health insurance companies in July 2009 that stated oldest and sickest employees at the company had been terminated, and Tramp was named specifically. The Eighth Circuit Court of Appeals agreed with Tramp's assertion that her termination was due to age discrimination.

Without substantial evidence, some recruiters and employers may have age-related bias in their hiring practices despite laws against age discrimination. Potential employees can avoid age-related issues while looking for a job by omitting certain dates from an application, wearing modern clothing and exuding confidence during an interview. Work history beyond 10 years in the past is not necessary unless it pertains to the position.

Age discrimination is still a problem in the workplace, and an aging population indicates the problem may continue for the next 20 years in the United States. Companies should be cautious to avoid any mention of such illegal practices when dealing with older employees, or companies may face legal action.