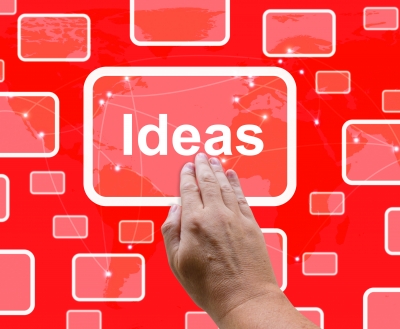 The James Dyson Award was developed to inspire and celebrate talented design engineers. This year's Dyson Awards are coming up on November 7, so the twenty shortlisted competitors are waiting to see who will take home the top prize. The winner of the engineering awards competition receives £30,000 ($48,000) and an award trophy. The winner's university department also receives £10,000 ($16,000), and two runners-up will receive £10,000 and a certificate of excellence. The national winners will receive £2,000 ($3,200) and a certificate of excellence.

There were more than 600 entries for the 2013 Dyson Awards, but the foundation narrowed it down to twenty projects. James Dyson himself is reviewing the projects and will be on hand to announce the winners at the Dyson Awards ceremony. One of the projects under consideration is a noise-canceling device that gets some of its power from Wi-Fi signals and other electromagnetic activity. The device is similar to noise-canceling headphones but is used to detect ambient noise and replace it with silence or other sounds.

Students from the University of Pennsylvania developed the Titan Arm—a bionic bicep that increases strength and reduces the risk of injury when lifting heavy objects. The students used their engineering knowledge to address back disorders, which cost the US economy approximately $50 billion per year. They also paid attention to the comfort of users when coming up with a design for the device. The arm is powered by a DC battery and is composed mostly of steel and aluminum parts. The project is one of twenty shortlisted for the 2013 Dyson Awards.

Jake Evill, a designer from New Zealand, used three-dimensional printing to create a new type of cast for people with broken bones. Traditional casts are very bulky and are often very itchy and uncomfortable for those who have to wear them. With Evill's Cortex cast design, doctors could print custom casts based on X-rays taken in the emergency room. A 3D cast would be more breathable than the traditional cast, and patients could potentially get their 3D casts wet.

The James Dyson Award is one of the most well-known engineering awards in the world. In addition to monetary prizes and certificates of excellence, the winners will also receive recognition for their hard work and design skills. Just being shortlisted for the Dyson Awards is an honor in itself, especially for competitors who need extra publicity for their inventions.

Exclusive: We Got Ready With Mandy Moore For The SAG Awards
news via Refinery29
Tire dust is pollution, and this invention will help vehicles clean...
news via High Gear Media...