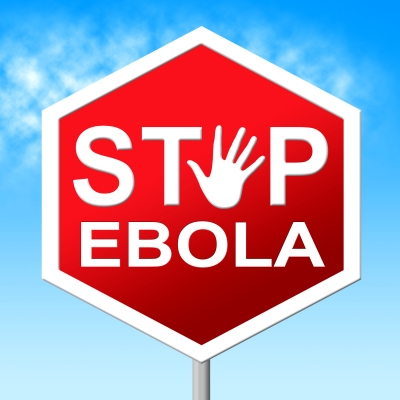 The Ebola outbreak that was first reported on March 23, 2014, was more than five times larger than any other Ebola outbreak before it. In a little over a year, it is reported to have killed 11,079 people, mostly in Liberia and Sierra Leone, but also spreading to Guinea, Nigeria, the United States and Mali. The disease spread so quickly that within months, Médecins Sans Frontières described it as being "out of control."

The scale and speed at which the Ebola outbreak spread and took thousands of lives is a tragedy and a warning to the world. It has enlivened the debate on global health security, a less traditional form of security and one that has typically placed runner-up to armed conflict.

To address the concerns that have emerged from the Ebola outbreak, the Lancet invited a number of reputable health professionals to comment on Ebola as a security concern. Their analysis identifies a number of mistakes and problems that came from the crisis and looks at how a strengthening of the International Health Regulations could prevent such a terrible outbreak in the future.

One important point that the debate raised was the difference between collective and individual health security. Collective health security is the idea of rapid detection and response from the local and international community, which has been understood and widely practiced for many years. However, the Ebola outbreak was exacerbated because there was a serious gap in individual health security. Many individuals in West Africa did not have adequate access to health care products and services before the crisis hit, and the systems were not adequate to deal with it when it did. For example, a quarter of drugs in developing countries are sub-standard or counterfeit.

It is also paramount to health security that resources across the world are used to develop the most needed drugs rather than those than make the most profit. Three-quarters of drugs on the market are products of competing brands that are looking to make money, rather than target disease where it is most needed.

Bad health care systems mean that people lack trust in the medical profession, which can worsen the outcome when a crisis hits. The Ebola outbreak has proven that health security is only as strong as the weakest state, and that individual health security is a key target for the future. If individuals are confident in their health systems, they are less likely to leave out of fear and risk spreading the disease further. This trust would therefore be more effective than relying on border controls.

However, it is also important to establish more political interest in health security so that international organizations have the resources and understanding to mobilize in response, specifically where conflict and natural disaster add difficulty to the equation. It is also important to look at the after-effects of crisis and how they can further erode public health.

In a world globalized by fast-paced travel and migration options, global health security is as equally important as conventional security issues. The Ebola outbreak has been a sharp reminder of this and should present a chance for the World Health Organization to reform in order to be ready to better deal with outbreaks in the future.