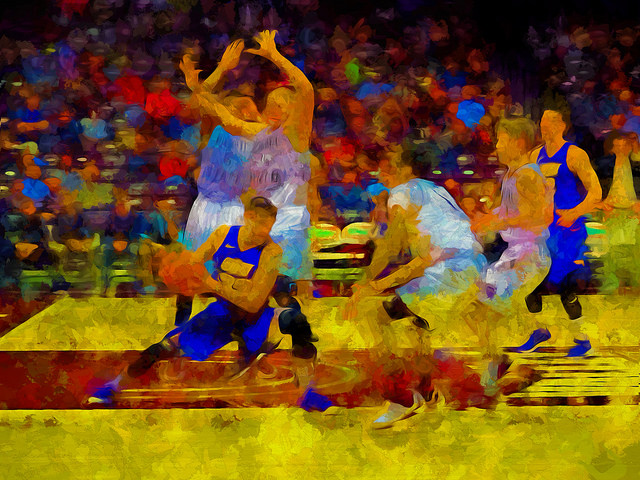 From the middle of March to early April, Americans all over the nation become obsessed with basketball. March Madness is an event where teams in the NCAA Division I compete against each other in an elimination tournament for the honor of being crowned NCAA champion. Although some employers dread the distraction caused by this annual event, there could be good reasons to embrace it.

March Madness is a craze that grips the nation. Unless you keep your employees locked in a sealed bubble, there is little chance that they won't become caught up in the excitement. Rather than trying to stop their fun, how about embracing the madness this year?

Every year, during March Madness, the number of sick days taken by employees skyrockets. Employees will stretch out their lunch breaks or skip meetings to watch the games, while conversations in the office are more likely to focus on the performance of a particular team than the latest round of targets introduced in the workplace.

In the face of what could be seen as time-wasting on a colossal scale, it's easy for employers to become killjoys. However, cracking down hard on employees who shirk their duties because of March Madness is a strategy that could backfire. Due to the popularity of the event, it's likely that the majority of the workforce will side with the employee who has been sanctioned, leaving you facing high levels of resentment among your workers.

A better approach is to view March Madness as an opportunity to improve relations between your company and its employees. With statistics showing that employee engagement is disturbingly poor in many American companies, employers should be keen to grasp any opportunity to reach out to their workers.

A good way to foster good relations between employees and managers during March Madness is to embrace the excitement around the event. By allowing employees to watch some of the games together at work, you could help to reduce absenteeism. What's more, you could create a sense of gratitude among your workforce that motivates them to work harder when they're not engrossed in cheering on their team.

Other ways to embrace March Madness include office sweepstakes, which give everyone in the office a stake in the games. You could also take advantage of the sudden rush of interest in sport to organize office basketball games, which could help your employees to get into the habit of exercising regularly and taking care of their health.

There are many ways to embrace March Madness and win the hearts of your staff. However you choose to handle this chaotic time of year, don't make the mistake of trying to shut down the fun, or you could find employee engagement levels dropping among your workforce. After all, research has repeatedly shown that happy employees are productive employees.