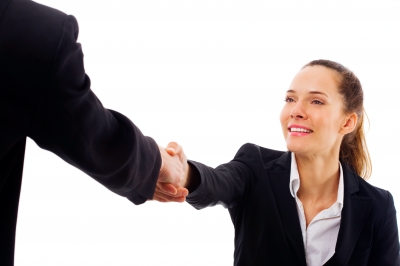 What do business entrepreneurs and con artists have in common? They both make money by selling people on a dream or an ideal, except that what the entrepreneurs try to sell has a good chance of being viable. History is filled with plenty of smart and great businessmen who made their fortunes by selling the seemingly impossible, including Henry Ford, Steve Jobs, Charles Ponzi, and Bernie Madoff.

Although women entrepreneurs are growing in number, a majority of the best-known entrepreneurs—and con men—are men. Steve Jobs, one of the most successful business entrepreneurs of modern times, embodies almost all of the traits that make con artists so successful. He not only convinced people that his seemingly improbable inventions had a chance of becoming reality, he managed to distort people's realities and convince them that the products would play a vital role in the future. Henry Ford had a difficult time raising the funds needed to purchase supplies to make his cars, so he managed to sell his biggest supplier on the dream and traded stock for the purchases in lieu of cash.

Noted journalist James Surowiecki says that "risk, hope, and hype" are at the heart of both business entrepreneurs and con men. Entrepreneurs, however, are focused on making money by transforming the world, while con men are focused on making your money theirs. Con men are criminals by nature, and a recent study published in the Journal of Vocational Behavior reported that established business entrepreneurs are much more likely to have run into trouble with law during their teen years, cementing the fact that crime and entrepreneurship are linked.

Is it personality, drive, or greed that makes them so similar and yet so different? Both con men and business entrepreneurs are independent types who do not let others dictate their futures. They succeed—or fail—based on their wits and the ability to charm those around them. There are some exceptions to this rule, most notably Richard Branson. He makes it very clear that nobody can be successful without building a good team, connecting with others, and collaborating with those in whom you trust. But even Branson displays some of the same traits as con men, in that he firmly believes that nobody can succeed without building relationships based on trust, which is at the heart of every con.

Many con men and successful entrepreneurs faced psychological challenges early in their careers. Oprah Winfrey suffered abuse when she was young, and Richard Branson continues to battle dyslexia, for example. Con men, however, spend their lives trying to erase those feelings by going after wealth and power, and they will do anything to achieve it. Successful entrepreneurs take those early trials and tribulations and channel them into productive ventures for the greater good.

There are many similarities between con men and business entrepreneurs, but just as many differences. It is certain, however, that both share a core set of talents and abilities that help to make them very good at what they do.