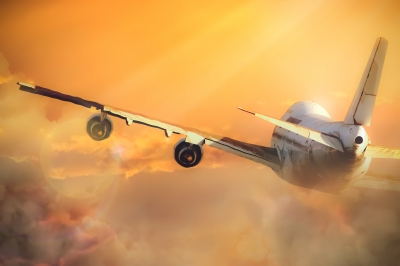 After years of banning tablet use during takeoff and landing, the Federal Aviation Administration has decided to allow travelers to use some electronic devices throughout flights. The FAA issued this decision after a panel determined most commercial airplanes can tolerate the interference of radio signals produced by some electronics. This decision will make it easier for business and leisure travelers to enjoy their flights.

Tablet use was previously banned during takeoff and landing due to concerns about interference caused by radio signals. As a result, passengers were not allowed to use personal electronic devices until planes had reached an altitude of 10,000 feet. Passengers also had to stop using devices before landing. A panel convened by the FAA determined radio signals do not interfere with the navigation and communications systems on most commercial airplanes, paving the way for tablet use during all parts of a flight.

Before an airline can allow tablet use during takeoff and landing, the company must show the FAA their planes can tolerate the interference produced by electronic devices. Airlines with updated equipment have a better chance of meeting this requirement because newer planes are more resistant to electromagnetic interference. Older planes that were not built with electronic interference in mind may not meet the requirement. Some landing systems cannot tolerate this type of interference, so FAA officials have issued an exception to the new rule. On flights with low visibility, the use of tablets and other electronic devices may be prohibited during landing.

Several countries allow the use of cell phones during flights, but the FAA will continue to prohibit their use despite this ruling. Much of the evidence linking cell phone use to problems with navigation and communication systems is anecdotal, but the FAA is erring on the side of caution and continuing the ban on cell phone usage. Technology changes rapidly, so it is difficult for the agency to test devices to determine if they produce enough interference to interrupt the use of essential flight equipment. By the time they test several devices, manufacturers have produced updated devices with new features. The agency has also considered concerns about how hard cell phones have to work to communicate with towers during flights, which may produce more interference than when the devices are used on the ground.

Tablet use is no longer prohibited during takeoff and landing, but check with your airline if you plan to use electronics during these portions of your flight. Not every airline will allow tablet use, especially if the company has older equipment that does not resist electromagnetic interference very well. If your airline does allow tablet use, be prepared to put your device away if your pilot encounters areas of low visibility during your flight.