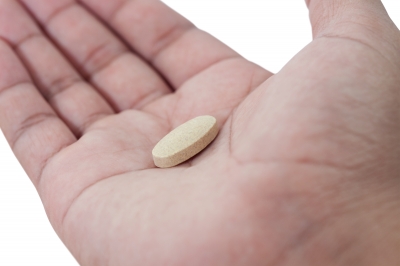 An FDA recall usually occurs after a number of people experience serious adverse events related to the use of a prescription drug, but the FDA recalled the generic form of Wellbutrin XL for a different reason. The agency never tested the 300 mg version of the drug to see if it was bioequivalent to its brand-name predecessor, so no one realized the generic extended-release version did not have the same therapeutic effects as the original. This voluntary FDA recall raises questions about the safety of prescription drugs in the United States.

Using the generic versions of popular prescription drugs saves consumers money and makes it cheaper for medical facilities to stock their pharmacies. Generic drugs are supposed to be identical to their brand-name counterparts, so they should have the same purity, strength, stability, and quality. Unfortunately, this was not the case with the generic version of Wellbutrin XL. Some people who used the generic reported experiencing depression, anxiety, headaches, and sleep problems. Several healthcare providers said people whose depression had been well controlled with the brand-name version of the drug started having suicidal thoughts.

These reports caught the attention of Joe Graedon, one of the founders of the People's Pharmacy, a consumer advocacy group. After writing about the problems with the generic form of Wellbutrin XL in his newspaper column, Graedon received more than one thousand messages from people who described the same adverse effects. At his request, an independent testing laboratory evaluated the 300 mg dose of the drug. The generic and brand-name versions of the drug contained the same active ingredient, but their release rates differed significantly. This is what prompted the voluntary FDA recall of the generic version.

Manufacturers create extended-release drugs by using time-release technology to release the active ingredient over a longer period of time. This makes it possible for people to take fewer pills and still maintain good control over their symptoms. The dissolution test conducted by the independent laboratory showed the brand-name version released 8 percent of the active ingredient during the first two hours. After four hours, the brand-name pill had released only 25 percent of the drug.

The generic form of the drug performed much like an immediate-release formula, as it released 34 percent of the active ingredient during the first two hours and nearly 50 percent of the active ingredient within four hours. When presented with this data, FDA officials admitted the drug's approval had been based on the bioequivalence of the 150 mg version. No one ever tested the 300 mg dosage to see if it was equivalent to the brand-name version of the drug.

The FDA recall of generic Wellbutrin XL is too little, too late for people who took the drug and experienced adverse effects. Some people were unable to control their depression, making it difficult to go about their daily lives. This FDA recall raises a lot of questions about how well the Food and Drug Administration monitors the manufacture and distribution of prescription medications in the United States. As a medical professional, it's important to listen carefully when patients report adverse events and take appropriate action.