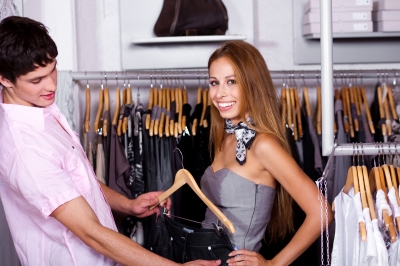 The retail industry depends heavily on consumer confidence and provides a great indicator of the overall state of the national economy. Fast-growing retailers lead the pack, and their current successes are tied to the success of the market at large. These quickly growing companies are great bellwethers for the economy, and understanding which retailers are doing well and the elements that led to their growth can give your business an edge in today's marketplace.

The STORES Media report is out, and one of the obvious leaders in today's retail industry is the fashion market. TJX Companies Inc., the owner of T.J. Maxx and Marshalls, posted great gains in the last year, averaging retail location growth of 5.6 percent. Likewise, Nordstrom Inc. and Ross Stores Inc. posted store growth averages of 6.7 percent and 6.6 percent during the last year. This indicates that the clothing and fashion markets are hot right now, and companies poised to seize shares of these markets are likely to see new stores or growth opportunities.

The report also shows food locations within its top ten. Chick-fil-A and Whole Foods Market reported many new stores opening in the last year. Their annual store growth percentages were also strong at 5.4 and 3.5 percent respectively. These stores represent both the fast food market and the grocery store field. The growth of both parts of this retail industry indicates a strong national food market in which both convenience and selection are paramount.

America has seen ups and downs in its tech market at all levels, but in the retail industry, tech remains a strong driver. The first and second positions of the STORES Media report both belong to tech companies. AT&T Wireless saw exceptional growth with an overall retail sales growth of 16.8 percent, even though it posted no new store growth. AT&T enjoys a solid sales partnership with the number one retailer on the STORES report. Apple stores and iTunes posted an annual sales growth of a whopping 34.6 percent. New store growth also weighed in at 4.6 percent. This indicates continued growth in portable consumer electronics across the nation.

Fast-growing companies are only one part of the retail industry equation. Many slow-but-steady and up-and-coming players emerge every day. Learning from the successes of other companies and focusing on hot markets may give some companies an edge in their respective fields. Whether it's their marketing attempts, product selection, or added convenience, these companies have obviously done something correctly over the past year, proving they have what it takes to succeed in today's retail industry. Each of these companies is poised for greater success down the line, provided they maintain the advantages that made them such fast-growing companies.

The $380-billion trend turning fast fashion on its head
news from Fast Company
This Fast-Growing Retailer Is Outperforming Peers: Here's Why
news from Confidential
3 “Strong Buy” Stocks That Tick all the Boxes
news via Yahoo Finance