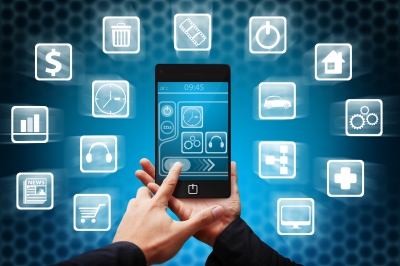 If you are looking at switching from iOS to Android in the near future, you may want to reconsider. The popular operating system has many advantages over its competitor, even if it doesn't come out on top in the number of overall users. Developers and technicians alike should seek to understand exactly what sets the operating system apart and make an informed decision on whether they should be switching from iOS to Android or sticking with the Apple platform.

Many versions of iOS and Android share similar features, but Apple comes out on top when it comes to the overall user experience, according to Pfeiffer Consulting. Higher user experience index ratings mean higher overall customer satisfaction with features and performance, and iOS users rate their phones at a 73.25 for the iOS 7 version. Google's Android operating system weighs in at 57.25. This means that if you are developing features for users who may put ease of use or regular performance high in their priorities, switching from iOS to Android may not be the best choice. Users of iOS also noted less friction, or difficulty and frustration, than Android users when employing their technology.

The bulwark of Android adoption is its overall adoption numbers. The operating system is the best selling, according to comScore MobiLens, but iOS is catching up rapidly. Recent numbers show Android holding near steady and actually losing 0.8 percent of market share. The iOS operating system picked up 1.5 percent in the same period. This brings the overall market share numbers to 51.6 percent and 40.7 percent. The difference between iOS versus Android seems to be lessening on a regular basis.

Switching from iOS to Android may also not be a sound idea for revenue-generating applications. iOS users are more likely to purchase features, software, and services using their phones, according to Hipmob Research. This results in greater revenue opportunities for developers who rely on direct sales for their income. Android does come out ahead when it comes to advertising power. The same report indicates that the widespread availability of the operating system and the habits of its users combine to give the Google alternative an excellent reach for ad impressions and referral-style features. This means that the line between iOS versus Android is not always perfectly clear in this arena, and whether or not your company will benefit from switching from iOS to Android may depend on its revenue plan.

The mobile marketplace is constantly changing, and new companies attempt to gain market share all the time. Paying close attention to the differences between iOS and Android as well as the many features of both operating systems can make all the difference when it comes to making a decision on switching from iOS to Android in the future. Emerging technology and changing features may well lead to a completely different outlook as time progresses.