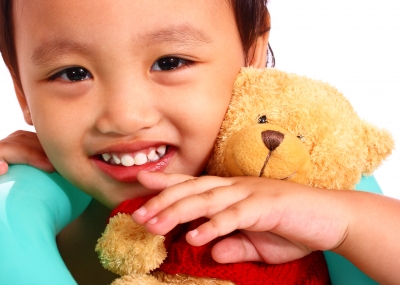 Families and retailers alike stood in awe of the future when Mattel announced in early 2015 that it was developing an interactive Barbie doll that would use artificial intelligence to respond to children. Several months later, Build-A-Bear launched its own interactive toy in the form of Promise Pets, plush toys that connect to a mobile app for interactive play. This could signal a new trend in the toy industry capitalizing on Internet connectivity.

Build-A-Bear's interactive toys include a beagle, a golden retriever, a Persian cat and a Yorkshire terrier with plans to gradually introduce other breeds. Users can download a free app that connects to their toy and uses interactive play to teach children about caring for animals. In addition to teaming up with the Petfinder Foundation to raise money for shelter animals, the app itself promotes animal welfare as users advance from Pet Care Rookie to Pet Care Pro by earning Paw Points through various games and activities. Through the app, children learn about pets' feeding needs, potty training procedures, vet check-ups, grooming and exercise. The company's interactive toy development is part of a marketing initiative to broaden the scope of children's play past Build-A-Bear stuffed animals.

Barbie and other interactive children's toys have traditionally spoken using pre-programmed phrases, but Mattel's announced Hello Barbie is set to use ToyTalk's PullString technology, a speech recognition technology similar to systems such as Siri. The doll is planned to connect via Wi-Fi to keep it up to date on pop culture and other factors, and Mattel has announced plans to develop the technology so Hello Barbie can talk to children about career possibilities. Although some consumers are wary of the technology, fearing that Mattel may store information from their children and use it for marketing purposes, the company has stated that the ability to talk to Barbie has been one of the most requested features in focus groups.

Interactive toys have slowly been making their way into the spotlight, with new technologies being implemented every year. Many of these toys have taken the form of animal-like or humanoid robot toys that respond to different commands. For instance, the Zoomer Interactive Puppy follows movement with its digital eyes, learns tricks and understands three languages. The MiP Balancing Robot uses GestureSense technology to let children control it with hand movement, and it works in conjunction with a free mobile app. A continuing trend is the use of Internet connectivity to expand possibilities for play.

With toys like Hello Barbie and Build-A-Bear's Promise Pets in the pipeline, it's clear that interactive toys are set to play a big role in the future of retail. Although toys have had some competition with Internet-based children's entertainment such as gaming apps, interactive toys may bring interest back to physical toys to help improve sales across the retail sector.