Five Personas You Do Not Want to Be During An Interview 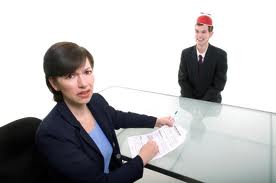 Successful job seekers know how to prepare for an interview. They dress to the nines, come prepared with questions about the company, and are eager to exhibit their qualifications to hiring managers. But just as there are those who know exactly how to act during a job interview, there are still a number of job seekers who are on the opposite spectrum.


A recent CareerBuilder survey of nearly 1,000 hiring managers revealed that 70 percent of organizations have witnessed at least one jaw-droppingly bad interview that consequently ruined any chances of a job offer. Let's walk through a list of five potentially toxic personas in an interview, and ways to mitigate being “that guy or girl”.
Mr. or Ms. Generality


Your resume is an exceedingly condensed summary of your professional credentials in hopes of standing apart from other candidates. When it comes time for an interview, hiring managers may ask you to walk through your resume to gain more insight into your edited-down list of former responsibilities, skills, and accomplishments. But what happens if you are not able to go into more detail?


Whether it’s due to nerves or lack of preparation, many interviewers are unable to explain their professional accomplishments listed on their resume.  Here’s a common situation:

Interviewer: “ You mentioned on your resume that you were the top salesperson of X company… Can you elaborate?”

Mr. /Ms. Generality says: “That’s right. I sold a lot of products and my boss mentioned that I was a really good salesperson.”

Right answer: “Yes. In 2011, sales in my territory exceeded other territories by 11 percent, which brought the company an additional $100,000 in sales.”


Young, ambitious, and confident: these are three desirable traits in a job candidate. But, what if you are overly confident to the point of coming off as arrogant – or worse – a know it all. Bragging about yourself, criticizing others, disagreeing with or correcting an interviewer, and generally acting like you are flawless is a major turnoff for any interviewer.  Know-it-alls can come off to hiring managers as obnoxious, confrontational, and negative, while also even subconsciously threatening their own career aspirations. Confidence is important in an interview, but don’t go overboard.

It's no secret that nerves can get the best of you during an interview, which sometimes translates into talking a mile a minute. The ability to communicate is a key trait in any employee, but you don’t want to talk too much or you may loose the attention of the interviewer.

Here are some good guidelines on an interviewer's attention span:

Was your former manager cold, unpredictable, overly harsh, or just flat out awful? Was your last company disorganized, gossipy, or inefficient? Did you hate your coworkers? This may be the case for many job seekers, and the worst of us turn to bad mouthing.


In fact, in a recent report conducted by Career Rookie, employers shared the most common mistakes candidates made during an interview, and speaking negatively about a current or previous employer was the third most common no-no, just behind dressing inappropriately and appearing disinterested.

It’s probably best not to badmouth former employers. Why?  It's sometimes a smaller world than you think and you never know the connections that you and the hiring manager share. Badmouthing can make interviewers feel that you are overly negative and may raise questions like, “What is the other side of the story?” or “Does this potential employee have unrealistic expectations in an employer?”

Key point to remember here is that although you want to be as honest as possible, consider spinning the situation in a positive manner or avoid the subject altogether.

If you walk into an interview with an untucked shirt, lackluster energy, and give brief responses, you could be seen as nonchalant or careless – two traits that no employer wants in their workforce – no matter what job you are applying for. Hiring managers will not bring on someone that doesn’t show true dedication or lacks an element of passion. It’s good to seem confident and lacking nerves, but lack of care is a whole different story.
Do you think that you display any of these personas?  Make sure that you check them at the door!

About the Author: Allie Gray Freeland is a guest writer to the Nexxt Network and contributes articles about careers, business, marketing, and Management degree information.