Five of the Best IT Jobs in America 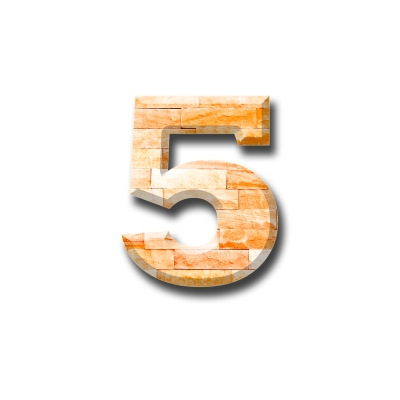 From time to time, research companies crunch the numbers and compare the data in order to release lists based on many factors. In the recent CNN Money article entitled “Best Jobs in America” they have released the results for the “CNNMoney/PayScale's top 100 careers with big growth, great pay and satisfying work.” In going down the list and taking a quick glance at the top jobs on the list, it was no surprise to find that six of the first fifteen of them are IT/technology related fields. Those are the ones I would like to share here. Of course, the figures displayed here are going to vary from state to state and company to company, but these are the average figures they have determined for these positions.

Software Architect – Ranking in at number 3, this position accounts for approximately 520,800 positions currently, and has a median pay of $121,000, with a high pay at $161,000. Over the next ten years this position is expected to have a growth of about 27.6%. “Good architects are big-picture thinkers who understand how an organization's software system works as a whole, so it helps to be familiar with help desk, data center or other IT operations beyond software development,” so this may help to go about moving in the direction of this field if desired.

Software Developer – Ranking at number seven, with a median pay of $88,700 and a high pay of $129,000, this position also expects to have a 27.6% job growth over the next ten years. With approximately 520,800 current active positions also, this field is responsible for pretty much the bulk of the code that runs almost every aspect of our technological world, from computers, apps, games, smartphones, etc.  Programming skills are of major importance for this position.

IT Configuration Manager – At number 8, with about 588,500 active jobs at this time, this position is expected to see a 38.5% growth over ten-years. According to CNN, the job requirements include “A bachelor's in computer science, information science, or computer engineering can get you there, but you might also be able to land a job with a math or science degree and a few programming courses if your computer skills are sharp. You can also get certification from an organization such as the Institute of Configuration Management. Employers look for analytical problem solvers who know software.” Once acquired, the average median pay is $95,800, with a top pay of about $126,000.

UI Engineer – At number 12, this one is for those who are fluent in HTML, CSS, Javascript and similar technologies, and have a good eye for design and layout aesthetics. I like the way the San Francisco based UI engineer states it, "I like that it works both parts of my brain. I have to be logical and organized… but I also get to be creative and visual." Additionally, knowledge of various programming languages is a big plus for this career which currently holds about 520,800 positions and is expected to see a 27.6% growth over the next ten years. The median pay is about $92,000 and the high pay is $141,000.

Database Administrator - "An organization is only as good as its people and data, whether it's data for orders, inventory, staffing, medical, or any other type of information," says Bradley Paul, a DBA for Virginia's HR management department in Richmond. This career currently has about 110,800 active positions, and ranks at number 14 on the list. With a median pay of $88,800 and a high pay of $123,000, this field is expected to see a 30.6% growth rate over the next ten years. While having a degree in computer science or information technology is a plus, as is certifications in Microsoft SQL Server, Oracles, etc., they are not always required, as many current job holders have progressed into the DBA position after starting at the help desk or as a junior database analyst.

Video Game Designer – At number 15 is a job that makes many of the youth and young-at-heart happy all of the time. Online gaming, gaming console’s and hand-held device gaming is a big business, so it is no wonder that this position ranks pretty high in the top 100 list. It requires programming skills as well as good story telling skills in order to  create “the drama and psychology that make a compelling story.” The median pay is $72,000 and the high pay $117,000, and it expects to see a 27.6% job growth over ten-years for the 520,800 positions currently open.

Technology is constantly changing, and it constantly closes some career doors while opening others. Hopefully viewing lists like these can help people see some of the trends that are growing, in order to better plan for a future new IT position. For those already in the IT career, knowing what some of the top positions are, and what they require is also beneficial in determining what skills and educations are needed to move into newer or related fields.