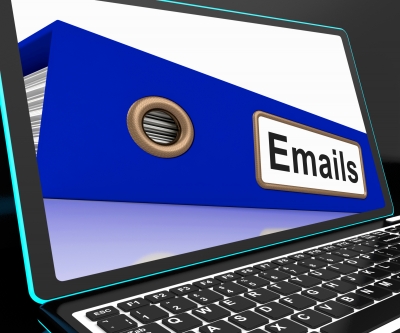 Sending an email seems like a secure process. Type in your user name and password. Then, compose the message and press send. Email privacy, however, is not as secure as some might believe – especially for Gmail users.

Generally, email privacy has always been more relaxed than most people realize. Whenever an email is sent, it must pass through three different channels: the sender, the receiver and the Internet service provider. The ISP catalogues emails, which indicates that the emails you thought were deleted are retrievable, even if the emails are from months or years ago. Furthermore, emails are vulnerable to alteration while in transit.

In this regard, email privacy always has been an issue. However, this is not the problem that has been causing backlash for Gmail, Google’s popular email service. Gmail, which has over 500 million users, has faced email privacy lawsuits in the United States and Europe for scanning emails. The email service is free, but it displays ads in the sidebar. To display relevant ads or ads that potentially interest its users, Gmail scans emails for content. It then indexes the messages and uses the data it mines to display relevant ads. In 2004, when Gmail officially launched, email privacy laws were more relaxed. Although the rules and regulations have been growing stronger as Google and other social media outlets continue to straddle the line of privacy invasion, Gmail privacy problems continue to surface.

In January 2014, Google informed users that an email address is no longer required to email another Gmail user. Google plans to make it easier to email other Google+ users by adding a feature to Gmail called “Email via Google+.” Many users expressed concern about this Gmail privacy issue because it is not opt-in. Instead, Gmail and Google+ users are already subject to accessibility via this feature. If you do not want people to email you, then you must opt out of this feature.

Google’s policy update for iOS7 creates more Gmail privacy problems. In April 2014, Google quietly updated its policy to integrate iOS Gmail functions with Google's other programs. Gmail users on iOS are now automatically logged into YouTube, Google+ and Google Hangouts. This process makes it easier to track user activity by tracking users across each Google platform. Why did Google announce an update of its policy? Companies that collect personal information from their customers and users must inform their users of how they are using the information. Google's policy update consolidates all the policies into a single policy, which makes this action legal.

If email privacy or privacy in general is important to you, read the policies of the programs that you frequently use. Companies update privacy policies periodically, and it is important to read the updates to stay informed of the changes. Once you are aware of the changes, make an informed decision and decide whether you still want to use the service.