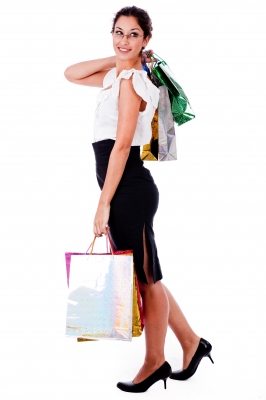 Each year, people take temporary positions at local retail stores to make extra money. For most retail stores, hiring seasonal employees to help out through the holiday season is a necessity. Since the recession ended four years ago, the number of temporary employees hired in the retail industry each year has steadily increased. However, this year, experts are predicting a decrease in hiring for many retail stores. Hiring seasonal employees won't completely cease, but don't be surprised if your company doesn't have as many positions to fill this year.

According to an article on USAToday.com, Challenger, Gray, & Christmas—an employment consulting firm—recently released a report that indicated that retail stores are expected to hire approximately 700,000 seasonal employees for the 2013 holiday season, which is significantly fewer than the 751,800 hired in 2012. The article also states that the consulting firm Deloitte is predicting an increase in holiday sales of between 4 and 4.5 percent. So, if holiday sales are expected to increase and the economy and job market are steadily improving, why aren't retail stores hiring more seasonal employees?

The fact is, even though the economy is improving and more jobs are being filled each month, millions of Americans are unemployed or underemployed. These statistics have caused consumer confidence to remain shaky, so experts aren't predicting a huge increase in sales. While an increase is expected, it is on par with the past few years. Also, the fact that there are less shopping days this holiday season has affected holiday hiring. Traditionally, the holiday shopping season begins on Black Friday—the day after Thanksgiving—and ends on Christmas day. The way the 2013 calendar falls, retail stores only have twenty-five days to attract holiday shoppers, compared to thirty-one days during the 2012 holiday shopping season. Lastly, some companies—like Target—have decided to allow permanent full-time employees to pick up additional holiday hours to make extra money for their own holiday shopping.

Fortunately, there is also some good news in Challenger, Gray, & Christmas's holiday hiring forecast. For some retail stores, hiring for the holiday season is expected to increase. Walmart executives recently announced that the company will hire 55,000 seasonal associates, which is 5,000 more than the company hired in 2012. Also, Snagjob—a company that focuses on part-time and full-time hourly jobs, surveyed hiring managers who are responsible for hiring seasonal employees. The survey indicated that 69 percent of the hiring managers surveyed will likely be hiring seasonal employees this year—an increase of 6 percentage points from 2012.

While there won't be as many available positions to fill, there are still retail stores hiring new employees to fill seasonal positions. So, if you're looking for a seasonal retail sales job, it's possible to find one, but you need to start looking as soon as possible. For most retail stores, hiring seasonal workers won't take long; you need to apply for season jobs as soon as they become available this year.