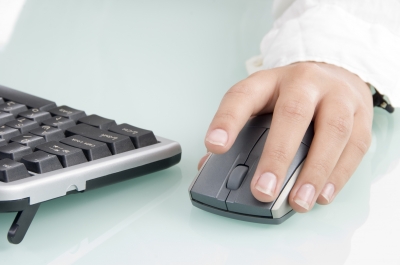 When the recession hit in 2008, IT hiring slowed significantly. Sure, the IT industry was still voted "most likely to develop" in the Wall Street yearbook, but it certainly took a hit along with the rest of the economy. Now, however, there are signs of a major resurgence in the sector, most pointedly in IT hiring. If you are looking for a job in IT, this might just be music to your ears.

IT hiring went down considerably when the economy took a nosedive in the late 2000s. The number of new IT jobs decreased markedly, particularly on the full-time end of the spectrum. Unsurprisingly, however, the IT industry as a whole survived the downturn and began to show signs of recovery sooner than some other sectors.

Recently, the U.S. economy in particular has begun to come back to life. One of the most noteworthy signals of continued economic restoration has been the number of jobs added to the market each month. In November, hiring shot up unexpectedly, with 321,000 positions added to placate lucky job seekers.

IT hiring improved along with the pack. According to IT labor analysis and research firm Foote Associates, the IT sector alone added 17,300 jobs in November — an increase of 4,400 jobs over October's numbers. Consulting firm Janco Associates, which also keeps track of IT hiring, recorded 12,700 open IT positions in November, which represented a 5,800 jump on October's 6,900 jobs.

Looking beyond the discrepancies between the total number of jobs reported by either company in Nov. 2014, one thing is very clear: IT hiring is making an apparently large-scale comeback. If you are in the market for a new job this season or early in 2015, you are in the right career.

Interestingly, many newly available IT jobs are based in very specific sub fields. Specialized skills, such as software engineering, IT analysis and network architecture, are in major demand. If you have a background in business as well as IT, you may do very well. On the other hand, if your experience so far has been limited to call center tech support, you may want to upgrade your skill set to match these newly available jobs.

Several avenues are open to you if you want to get an IT qualification to help you with your job seeking. If you find architecture an interesting prospect, you could opt for a certification from Open Group. Amazon Web Services certifications are also very well regarded and can be the key to a higher salary. If, on the other hand, you find hacking forensics a fascinating topic, you could get an EC-Council Computer Hacking Forensic Investigator qualification.

Whatever your interests in IT, this is your time. Perhaps you want to move up in the company you already work for, or maybe you'd prefer to jump ship and swim into fresher waters. Either way, IT hiring is on the upswing, so get your resume ready for a job upgrade.

Image courtesy of Imagerymajestic at Freedigitalphotos.net