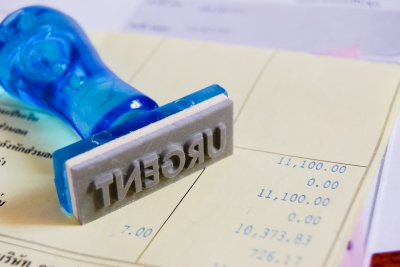 Few can argue against the fact that modern computing and video games have had a major impact on the ways that advertisers do business in the United States and across the world. Video game ads, however, are often hit-and-miss affairs that can garner viral attention or go unnoticed with seemingly equal odds. Rockstar Games, the creator of the wildly popular Grand Theft Auto series, seems to have delivered another massive hit with GTA V. The fifth game in the series benefits greatly from an aggressive offline ad campaign and the use of satirical video game ads. It even gives advertisers a case study in secondary advertising with how the game handles a particular automobile.

The massive advertising campaign behind Grand Theft Auto V included murals on the sides of skyscrapers and gigantic ads worldwide. These video game ads took on a life of their own, promoting the game and its parent company with the steel-eyed expressions of main characters and scenes from the title. The campaign worked, and the company is enjoyed massive payouts of over $12 million in sales just a few months after the game's release.

Video game ads are also available in the gameplay, though they belong to no real-world entities. Rather, the ads are spoofs on California culture and American advertising methods that rely on the wit and satirical prowess of the game's designers. These ads have also gained viral success, further promoting Grand Theft Auto V in the minds of viewers who are tech savvy and already a fan of viral online media. This use of ads to promote sales of the game without actually marketing it directly may offer future advertisers insight into the popular viral market, where downloadable content and other nontraditional revenue streams are commonplace.

Another company is also enjoying payouts from GTA V, though it has never claimed association with the game. Dodge, the American automaker, has garnered great attention for its modern Charger design thanks to the main character of GTA V. Each character in the game has a car that remains with them throughout the storyline. For Franklin, that car is a brand new Dodge Charger, rebranded as a Bravado Buffalo by Rockstar Games. Rockstar avoids video game ads inside of its properties and disallows outside endorsements while using variants of real-world vehicles in the game. Players are likely to spend quite a bit of time with the virtual version of the vehicle, and its performance seems to be a positive nod to the real-world Charger.

GTA V has provided great payouts for Rockstar Games and, by association, Dodge. Rockstar Games avoids real-world companies in its satirical gameplay video game ads, which serve as a viral method of promoting the game itself, but also promote through massive advertisements in major cities throughout the world. This has led to massive sales success for the title in global markets and serves as a great example for companies or advertising professionals looking to break into the world of video game ads and marketing.