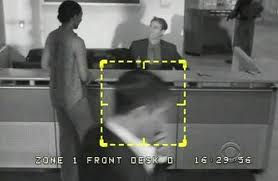 by Alex A. Kecskes
Made popular by the TV series “Person of Interest,” there’s a whole new breed of high IQ surveillance systems that have emerged to combat crime and terrorism. These systems are sure to open up new career opportunities in surveillance. Both hardware and software engineers will be needed.
While traditional surveillance systems focus simply on the detection of movement, companies like iOmniscent are developing systems that go one step further. Using special discretely placed cameras and “high IQ” software, these advanced systems use behavior analysis, crowd management, and the ability to detect the presence or removal of static objects--things like packages and backpacks left on park benches, or in shopping malls.
For example, iOnmiscient's non-motion detection software can determine if an object has been left behind for only a few minutes in such crowded areas as airports, stadiums, subways and rail stations. The systems can even detect black objects concealed in shadows or very small tiny objects barely undetectable to the naked eye.
The new smart systems can also identify suspicious individuals loitering. They can monitor security personnel and sound an alert if they encounter a problem. They can even identify sick people in a crowd--should we ever be attacked by a terrorist’s biological weapon. Thermal cameras can quickly locate individuals with elevated temperatures and trigger a series of face recognition systems to identify them.
These new super IQ systems use "neural and heuristic algorithms" to mimic human memory and reasoning. And unlike humans who grow fatigued when scanning crowds for hours on end, these systems tirelessly scan for even the minutest irregularities to arrive at smart conclusions about what its cameras have picked up.
For an added perspective, check out this video:
Got any thoughts on surveillance engineering jobs? Include them in the comments section below.
Alex A. Kecskes has written hundreds of published articles on health/fitness, "green" issues, TV/film entertainment, restaurant reviews and many other topics. As a former Andy/Belding/One Show ad agency copywriter, he also writes web content, ads, brochures, sales letters, mailers and scripts for national B2B and B2C clients. Please see more of his blogs and view additional job postings on Nexxt.

The CEO of Nasdaq asks herself two questions to keep her career and...
news from Markets