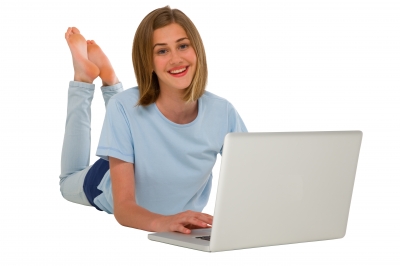 The tech industry has traditionally struggled to attract women, but a new generation of female coders could bring change to this typically male-dominated field. Tech companies are hoping to encourage more girls and young women to code by offering courses, summer camps, and other educational opportunities.

According to Girls Who Code, getting girls interested in coding is not the main challenge facing the tech industry. Almost three-quarters of middle school girls are interested in science, technology, engineering and mathematics. However, by the time girls get to college, that interest has often waned, with only 0.3 percent of young women choosing computer science as a major.

Why do educators have such a hard time keeping young women interested in coding and other technical subjects? According to teaching experts, many girls and young women become withdrawn when taught in a class that is dominated by boys. Kat Slump, a computer science student at the University of Nebraska, says that studying in a classroom full of boys is intimidating. She says that she "won't ask the normal questions" and will try to figure things out for herself when she's the only female in a room with several dozen males.

Educators say that Slump's experience is not uncommon. Nor does the sense of isolation end when young women graduate from college. Maria Klawe, a Microsoft board member and president of Harvey Mudd College, says that women often feel like outsiders in the tech industry. As a result, she claims they are more likely to leave the industry than their male counterparts.

Klawe is trying to change the environment at Harvey Mudd College. The college brochures now feature more women. Mentor programs help young female coders to make decisions about their education and careers and feel supported in the educational environment. Finally, the college has decided to allow undergraduate students to wait until the end of sophomore year to commit to computer science as a major, in the hope that the greater flexibility will encourage more women to try out the computer science and coding courses on offer.

Coding camps are another method that the tech industry uses to attract women and girls to coding. Some tech companies are even offering scholarships to allow women to attend a coding camp. Etsy announced in 2012 that it would fund places for 20 women at Hacker School, a three-month coding program based in New York. As well as teaching the basics of programming, coding camps also allow girls to network with others in their situation, giving them a chance to stop being the outsider and begin to feel at home.

After so many decades of male domination, the tech industry is making an effort to attract women. As many women leave the tech industry because they don't feel welcome, it is important to create environments that are more supportive of women, such as all-female coding camps.

U of Tennessee pharmacy student suing over 'vague' professionalism ...
blog post from Inside Higher Ed | News