Goodwill Has Been Growing its Retail Presence 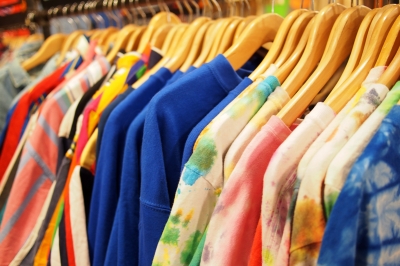 Goodwill retail is booming. Both store locations and company revenue have shot up significantly since 2008, when the recession spurred many consumers to take a greater interest in thrift store options. Now, Goodwill's growing retail presence includes both traditional Goodwill stores and Second Debut, Goodwill's line of stores catering to upscale fashion and consignment items.

Goodwill was founded in 1902 by the Reverend Edgar J. Helms, a minister at the Morgan Methodist Chapel in Boston, Massachusetts. He solicited donations of gently used items, hired people in need of work to repair the used items and then resold the items or gave them away to those in need.

The Goodwill mission continued for over 100 years, expanding into retail locations across the United States and Canada. Goodwill stores became ubiquitous among shoppers who wanted to find high-quality used items at thrift store prices. In conjunction with Reverend Helms' original mission, Goodwill also offers career counseling to those in need and is committed to helping people find work.

Goodwill's retail presence first began its growth boom in 2008, when the recession prompted people to turn to thrift stores for household goods, clothing and other items. The growing consumer interest in frugal living drove interest towards thrifting and secondhand shopping. Goodwill began building new retail locations in response to this renewed interest in thrift stores.

This retail boom proved to be extremely successful for both Goodwill and the people the non-profit serves. As MPR News notes, more than half of the 35 Goodwill stores in Minnesota opened after 2008. These new Goodwill stores created additional revenue for the nonprofit. Since 2011, retail sales have jumped approximately 75 percent, reaching $67 million. This money is used to fund Goodwill's charitable work.

As Goodwill stores expand across the country, Goodwill is also testing out new markets. Its new line of Second Debut stores deals exclusively in high-end consignment items, hoping to attract customers who are looking specifically for quality office wear and contemporary fashion pieces. Goodwill Industries of Northern New England is also partnering with local companies to launch 100% Neighbor Made, a new endeavor which allows small businesses to earn money by selling products in Goodwill stores. These products include handmade furniture, jewelry and other unique items.

These new Goodwill markets are a reflection of a larger change in consumer spending habits. The recession may have prompted a resurgence of interest in thrift store shopping, but that interest remained even as the economy improved. Consumers are now interested in buying high-quality items, including locally made items, and Goodwill is responding to this interest by expanding its business.

Goodwill stores are expanding across the country, and Goodwill is expanding into new markets. Its growing retail presence was initially a response to increased demand driven by the recession, but it has now become a reflection of new trends in consumer spending. Goodwill stores are likely to continue to grow as more people discover the famous nonprofit retailer.