Goodwill Moves from Stodgy to Chic 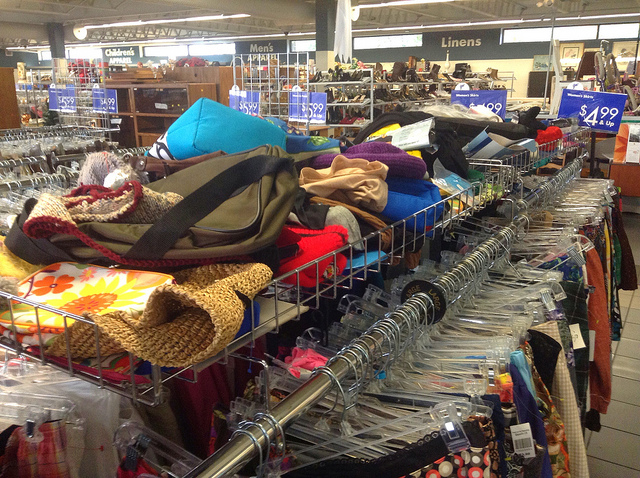 In some communities, thrift stores don't have the best reputation. Many people believe these stores sell stained clothing, old-fashioned furniture and general merchandise that has seen better days. Goodwill is trying to change its reputation by turning some old-fashioned stores into boutiques. If the concept catches on, it has the potential to transform the retail industry and improve the reputation of thrift stores around the country.

Goodwill is testing its boutique concept with Rare by Goodwill, a small store stocked with vintage items and designer clothing. Unlike many thrift stores, the merchandise at Rare is carefully curated. The store's atmosphere is designed to attract younger shoppers. While shopping, customers can play vinyl records or test electric merchandise before they buy. Goodwill plans to capitalize on the chic environment of this boutique by attracting shoppers who are willing to pay more money for high-quality items, even if they have been previously used.

It makes sense to put traditional thrift stores in cities where citizens are struggling to make ends meet, but the high-end boutique concept is a better fit for some of the more prosperous cities in the United States. The Rare boutique in Anaheim tends to attract customers who want to shop in a cutting-edge environment without paying top dollar for their purchases. Traditional thrift stores usually have harsh fluorescent lighting, racks crammed with merchandise and bins of toys and games scattered throughout the store. Goodwill boutiques are smaller and more attractive, which makes it easier to attract shoppers in search of high-end merchandise.

Goodwill recently opened the Déjà Blue Boutique in Denver. The boutique has recessed lighting and plank-wood flooring, making it feel more like Anthropologie or Urban Outfitters than a Goodwill store. The Déjà Blue Boutique has merchandise ranging from Chanel blazers to Coach handbags, attracting customers who have the means to spend a lot of money. The store also has the perfect location; it's just two blocks away from the local country club.

The boutique concept is just one of the many things Goodwill is doing to change its image and draw in new shoppers. The organization is also working on a concept called Second Debut, a store that carries high-end consignment merchandise. Goodwill executives hope Second Debut will attract customers in need of high-quality professional clothing. An initiative called 100% Neighbor Made is helping the organization develop relationships with local companies in New England. The initiative allows small business owners to sell their products in Goodwill thrift stores.

Testing new markets and meeting customer needs are two of the most important things a company can do to stay competitive in the retail industry. Goodwill is doing both by trying new concepts and catering to customers who want to purchase high-end merchandise at a discount. If these concepts prove successful, other thrift stores may have to consider making similar changes.