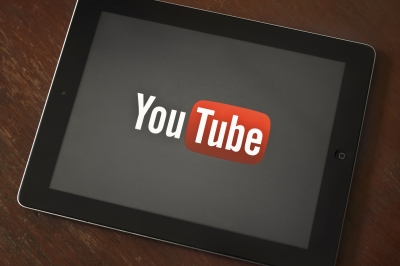 Most modern advertisers know that companies need an online presence to succeed in today's marketplace. Google remains the king of Internet search engines, and the recent integration of Google+ into one of the company's biggest assets, YouTube, has provided advertisers with an easy way to get social-media advertising combined with video ads. This may seem like a brilliant solution for advertisers, but there is some backlash from the YouTube community. Social-media issues, including spam and pornography, may have followed the move; however, fans of Google+ can now share and promote videos with a single click, ensuring your company's ads gain increased exposure when related videos go viral.

The most obvious benefit for advertising professionals from the integration of Google+ and YouTube is the speed at which videos posted to the largest streaming site in the world can spread through social networks. With a single click, everyone in a viewer's Google+ circles is exposed to the video. This results in many more pageviews and can translate into more overall clicks on advertisements that show before or during each movie. Greater exposure can lead to greater revenues.

Many advertisers have balked previously at YouTube due to the perceived potential inaccuracy of view and click-through rate results. To this end, Google contracted Nielsen Holdings around the same time as the Google+ integration to ensure that YouTube video ads receive the same level of accurate tracking as traditional television in America. The ability of Google+ users to simply click the +1 button to promote videos may drive up Nielsen ratings, giving advertisers great exposure and expert tracking of results.

The obvious drawback with Google+ integration alongside YouTube video ads is that the same immature behavior that plagues many online social-media pages is likely to carry over. This can involve juvenile ASCII pornography or false clicks on links, those generated without real interest in purchasing or learning more about the goods and services provided in the ads. The last is troublesome for many advertisers, who pay Google based on the number of pageviews and clicks that go through each ad.

Immaturity on the Internet is prevalent everywhere, and YouTube has definitely seen its share before the Google+ integration. Advertisers still benefit from exceptional exposure when videos go viral, and the ability to promote and share videos through Google+ with a single click is likely to outweigh perceived drawbacks for many advertisers. Making the most of your company's YouTube ads is likely to be a juggling act that includes monitoring the campaign tracking information provided by Google and choosing the right setup to ensure your ads appear on the most relevant videos to get shares by the Google+ community.

How Silicon Valley hooks us
news from The Week - Business