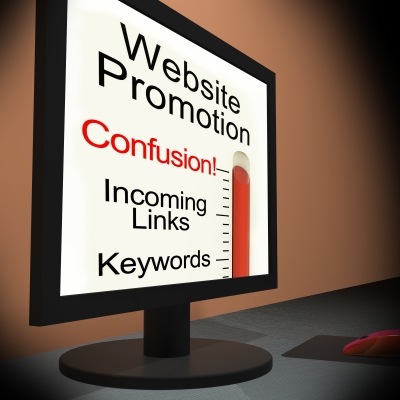 In 2005, Marissa Mayer, former executive and spokesperson for Google and current president and CEO of Yahoo!, promised that Google banner ads would never appear on Google's main page or search engine results pages (SERPs). However, eight years later, Google has broken that promise by beginning to test banner ads in portions of the United States. This change could impact the amount of traffic that top-ranked websites receive, so it's not a surprise that advertisers and website owners are worried.

According to research published earlier this year by GroupM, the world's leading media investment management company, and Neilson, a leading global information and measurement company, users click on organic search results more often than paid ads. In fact, the results showed a vast margin—94 percent to 6 percent. For branded searches, the results indicated that people typically stay within the top three results. On average, 80 percent of people conducting a Google search click on the first result, 6 percent click on the second result, 4 percent choose the third result, and 10 percent choose websites with lower ranks. The results for non-branded searches were a little different—only 61 percent of people chose one of the top three results, while the remaining 39 percent choose lower-ranked websites. However, the question that is on all advertisers' minds is, "How will large banner ads affect these results?"

Currently, when you complete a Google search, an ad block appears at the top of the search page; unless your web browser is altered to display more results, there are ten organic listings below the ad block. However, with a Google banner ad at the very top of the page and the ad block below it, the user would end up seeing approximately three organic results. This makes it imperative for companies to rank within the top three search results; even then, companies that pay for Google banner ads will probably get the majority of the traffic.

Right now, Google is only testing banner ads for thirty large companies—and only in a small portion of the US. It's not likely that your clients will see a large difference in traffic if you purchase advertising in the traditional Google AdWords ad block. However, this could change in the future if Google banner ads become common practice. In that case, large companies will want to monopolize Google banner ads for their high-ranking keywords. It's important that you stay up to date on this issue so you can develop a plan for your clients when the time comes. Keep in mind that Google isn't the only company testing banner ads. Microsoft is testing banner ads on Bing, and Twitter has a new advertising program—Amplify—that's going to impact the way advertisers purchase online ad space.

Regardless of how you feel about Google banner ads, it's important to remember that the Internet is constantly changing. Whether it's the implementation of Google banner ads or the next big algorithm, there will always be new changes that affect the way businesses advertise online.