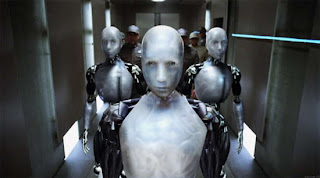 If you saw the film Surrogates, you witnessed a futuristic application of haptic technology, wherein people lived out most of their lives via the haptic or tactile feedback provided by their surrogate bodies.

Haptics is basically tactile feedback technology that exploits a user's sense of touch by applying forces, vibrations and motions to the user. Haptics displays--also known as force displays, master manipulators or hand controllers--help engineers create virtual objects (the kind found in a computer simulations) and to control or manipulate these objects using remote control.

The task left to mechanical engineers is to construct the values that these displays and feedback sensations revolve around. They must also design the devices that transfer that virtual reality to the user.

But the push is on for engineers to take this technology to a whole new level. Researchers from the University of Tokyo have developed 3-D holograms that can be felt through haptic feedback using "acoustic radiation" to create the sensation of pressure on a user's hands.

Engineers will be needed to develop future applications that include the tactile interaction of humans with holograms and distant objects. The sky's the limit when it comes to these applications which, if successful, will open up new experiences in gaming, movies, manufacturing, medical, and other industries.

For an exciting preview of the world of haptics, check out this Telepresence Robotics video