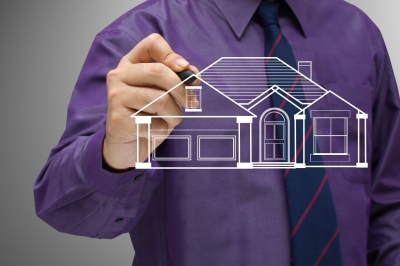 The U.S. economy may be slowly recovering, but home sales are still lagging according to reports from Bloomberg and The Wall Street Journal. A series of lower-than-expected sales reports in the spring and summer of 2014 reveal that buyers are still hesitant to shell out their cash for a new or used home, and experts are now wondering whether the real estate industry truly has the strength to boost the still-weak U.S. economy.

According to Bloomberg, new home sales declined to the lowest in four months in July 2014, with the annualized pace of 412,000 being much weaker than economists anticipated. However, this sluggish trend has been plaguing the market since the beginning of the year, with new home sales in April down more than 13 percent from the previous year according to The Wall Street Journal. Although economists had previously expected that the housing market would enjoy a sizable boost as the U.S. economy continues to recover, the numbers show that this is far from the case.

Data from the National Association of Realtors shows that fewer foreclosure homes have been sold in 2014, which is a sign of the strengthening economy. On the other hand, overall home sales plummeted by more than 20 percent from the highest in 2013 to the lowest in 2014 according to graphs provided by the association.

A major contributing factor of these poor home sales is likely the increase in mortgage rates that affected the market in 2013. Although the mortgage rates, which were hovering at around 4.5 percent in April of 2014, are still lower than they were during most periods in the decade leading up to 2008, buyers may still be adjusting to the idea of increased cost. Additionally, in March 2014, the prices of new homes were at their highest point of the past decade according to Commerce Department reports. Due to increased costs of land and labor, builders are focusing on more expensive homes, and with relatively few houses on the market, this means buyers have fewer affordable options from which to choose.

These sluggish home sales are also affected by factors outside the housing industry, indicating that the U.S. economy may not be recovering as quickly as economists would like to believe. For instance, wages are barely keeping up with inflation, leading buyers to spend their dollars more cautiously. The Wall Street Journal adds that the struggling housing market is the result of lingering devastation left by the economic bust, which has left millions of household with high levels of debt and properties with less worth than the amount owed on their mortgages.

The real estate industry is an important aspect of the U.S. economy as a whole, so its success is paramount. The 2014 year has seen a large increase in hiring, so economists are hopeful that this may help spur home sales.

Photo courtesy of patpitchaya at FreeDigitalPhotos.net