Hospitality Jobs—Going but Not Gone 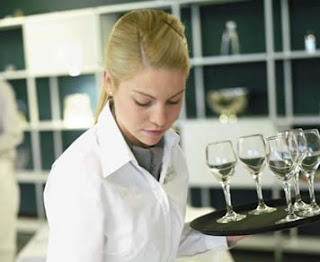 The shaky economy and more people than ever out of work have forced many to cut back on personal vacations and eating out. Corporations are also cutting back on travel and meal perks. All of which means fewer hotels and restaurants will be hiring.

Industry observers agree that spending on business and personal travel and entertainment will increase only slightly in 2011. The US Travel Association estimates that leisure travel will inch up by just a few percentage points. Experts note that these are some of the most difficult times they have ever seen in the hospitality industry.

A Bureau of Labor Statistics report revealed that the hospitality industry lost well over 100,000 jobs since January 2009. No less encouraging were recent food industry statistics, which noted that over 21,000 restaurants went out of business in 2009. In contrast, fast-food establishments like Pizza Hut and KFC fared much better. Needless to say, employment at these establishments consisted mainly of entry-level hourly work.

To help revitalize the industry, Congress recently passed the Travel Promotion Act. The Senate-passed bill has now been sent to the President for enactment. This legislation calls for an overseas travel promotion program that is expected to draw new visitors, $4 billion in new economic stimulus, and 40,000 new American jobs.

Until the Travel Promotion Act kicks in with full force, too many hospitality workers will be chasing too few jobs. The solution, of course, is to stand out from the crowd. Your resume should show that you can remain focused and take a project to completion. If you're going for a food-service line or similar entry-level position, remember to dress professionally.