How About Some Resume-Lying Horror Stories? 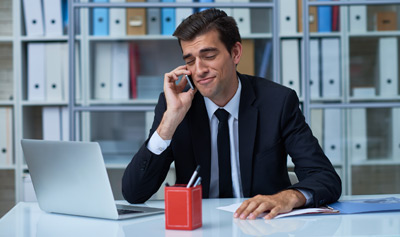 Resume lies can cost you a job and a chance at advancement. As many as 77 percent of recruiters, HR professionals and hiring managers, or more than three-fourths of survey participants, told TopResume that they spot lies on resumes on a regular basis. Almost all of them, or 97.5 percent, believe that lying prevents candidates from landing a job. Discover some of the survey participants' real-life horror stories about what they uncovered on resumes.

Turning Your Supervisor's Accomplishments into Your Own

One candidate interviewed for a position thinking it was sales, but in reality, it was just answering phones. The candidate said he had more than $1 million in sales over his career. Upon further review, the potential employer caught his resume lies when calling his former supervisor. It turns out, he was an assistant to someone who had that amount in sales.

It Doesn't Add Up

A 23-year-old candidate fibbed on his resume by stating he had 15 years of experience. It was either a typo, perhaps he added a 1 in front of a 5, turning five years of experience into 15, or he simply wanted the job really bad. Another thought is that maybe he started selling lemonade at the tender age of 8.

Always make sure your LinkedIn profile matches your resume. One employer found resume lies when a candidate's LinkedIn profile omitted a college degree while the resume said he had a degree. When caught in the lie, the candidate admitted he didn't get a degree. Employers do their homework to find out someone's credentials ahead of asking for a job interview. That's why it's best to be as accurate and truthful as possible.

30 Years in the Making

Resume lies may not be apparent right away. One organization found out that a senior executive qualified for early retirement 30 years after his original hire. It turns out he lied on his initial application and said he was older than he really was. The executive had to pay for his own pension plan for a year while the company kept him on with an extended leave of absence without pay to qualify.

Be Careful with Name Dropping

Fibbing on your job experience can get you into trouble, particularly when employers in the same industry have job-hoppers among organizations. One management candidate claimed he worked for a particular company at a certain time, but the hiring manager happened to work for that company during the same timeframe. The candidate lied about his experience and used the credentials of a family member instead. He confessed to the resume lies when the hiring manager called him on it.

One candidate had no idea how to answer a question about the process he used to run a team. It turns out, the candidate inflated the number of team members that he supposedly supervised. This lie knocked him down a notch in the hierarchy of top candidates.

Resume lies may seem convenient at the time you tell them, but eventually, your supervisor will discover them. Your existing skills, experience and education should make you proud no matter what. You may just need to overhaul the resume format, rather than the facts in the document, before landing a job.