How Many More Jobs Till Construction is Back on Track? 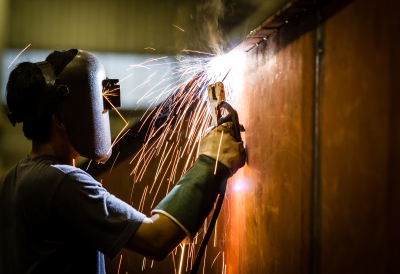 It's one of the most debated questions of the year: Is the U.S. economy back on track after the recession? Looking at employment numbers, the answer is, "Not quite," and many are blaming the lack of construction jobs for that fact. Why construction employment is lagging behind the rest of recovery—and how many jobs are required before construction is back on track—is another debate altogether.

Numbers released by the Associated General Contractors also show that 2013 has been a good year for recovery, but the AGC's chief economist notes that it will take months of strong construction job gains to return to peak performance in the industry. As of October, job numbers in 315 metro areas were below peak levels. Peak employment in the construction industry was 7,476,000 jobs in 2006. At the bottom of the trough, in 2011, there were 5,435,000 jobs. As of November 2013, U.S. jobs in the construction industry totaled 5,851,000, which means a gain of over 1.6 million jobs is required to reach prerecession peak levels. That daunting number is likely to require more than a few months of strong industry performance to achieve.

Experts cite a number of reasons for sluggish recovery in construction, including low confidence among homebuyers and investors being less willing to take on risks in a questionable economy. Others argue that there are jobs available, but employers are finding it difficult to hire appropriate candidates for skilled positions such as welding jobs. Ross Eisenbrey of The Economic Policy Blog disagrees with that statement, citing ACG numbers regarding low job numbers in his argument. He also quotes a memo from the Chair of the Council of Economic Advisers that encourages businesses and governments to support new home and infrastructure construction to create more opportunities like building, engineering, and welding jobs.

With 1.6 million jobs required to reach peak employment levels in the industry, businesses in all related niches are going to have to see some recovery and increased hiring. A couple of hundred thousand construction jobs created in the next few months would go a long way toward getting construction back on track, but wary businesses are treading lightly for now.