How Microsoft is Aiming Forward 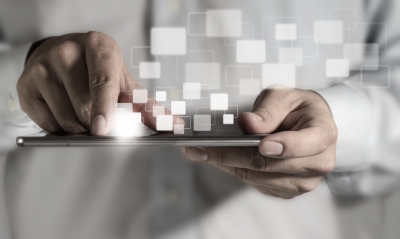 The appointment of Satya Nadella on Feb. 6, 2014 as Microsoft's CEO signals a significant change in direction for Microsoft's future. Nadella, who formerly headed Microsoft's Cloud and Enterprise group, has made it clear that there is a coming shift from the strategy that received criticism under the leadership of former CEO Steve Ballmer. New competition means Microsoft must make bold moves and transform the company.

The most important problem in Microsoft's future the issue of marketing its flagship product, Microsoft Windows. The tepid launch of Windows 8, which has been slow in consumer adoption compared to its predecessors, has shown that competition from mobile devices and the decline of the traditional PC desktop have changed the operating system market. Sales of phones using the Windows Phone operating system are also slow. To combat competition from Google's Android, which can be used by manufacturers for free, Microsoft is now offering its mobile operating system free of any license fees. It may become necessary for Microsoft to make similar bold moves with Windows 8 and its successor on desktops, tablets and laptops.

By appointing someone with extensive experience in cloud computing as CEO, Microsoft is making it clear that moving its software online is a major part of Microsoft's future. Users already access basic versions of popular Microsoft Office applications, such as Word and Excel, on an Internet browser. Microsoft plans to expand the benefits of cloud computing by unifying applications across multiple devices. For consumers, this means it is becoming easier to work on something across many devices. For Microsoft, it represents a significant change in how it sells its flagship software. It also helps promote struggling Microsoft hardware, such as the Surface tablet.

Another question concerning Microsoft's future is the fate of struggling divisions. There is talk among analysts and inventors concerning whether it would be wise to unload divisions like the Bing search engine and the Xbox video game console, which have been a drain on the company. This sort of strategy has recent precedent in the industry, with Sony selling its PC division after years of significant losses and Google selling Motorola to Lenovo, effectively ending its in-house mobile hardware business. While Microsoft firmly believes in the future potential of these divisions, it may become a viable option in Microsoft's future if it improves the company's chances to be competitive.

Whatever changes Microsoft makes moving forward, it is clear that it is developing into a much different company than when it dominated the market with popular software and the Microsoft Windows platform. As Microsoft's new CEO, Nadella sets the tone for Microsoft's future. By making bold moves, Nadella has made it clear that Microsoft needs to adapt to a changing market, or it risks becoming irrelevant.