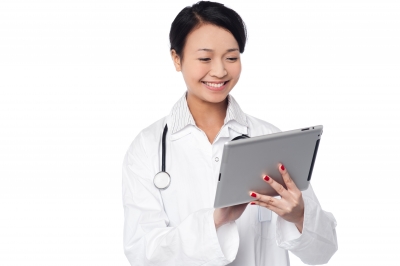 Little doubt exists that runaway health care costs have a significant impact on the U.S. economy. The nearly $3 trillion dollar price tag of America’s health care system has been an enduring concern among government officials and health care experts. However, steadily rising health care costs provided at least one important benefit: job creation. Now, for the first time in a decade, health care jobs may be starting to disappear.

According to The Economist, health care spending in the United States in March 2014 was up a mere 0.9 percent from the previous year, a 50-year low increase. At the same time, the rate of health care hiring stagnated. Employment in health-related fields increased only 1.8 percent, while wages increased a mere 1.2 percent, less than half the rate of those in private sector jobs. This wage dip follows a long period of substantial pay increases in the health care industry, even as private sector employment and wages remained low.

Experts attribute the slow rate of health care spending to numerous causes, including the recession, high rates of unemployment and stagnant wages, which are forcing many Americans to reconsider elective surgeries and high-priced drugs. Additionally, as more baby boomers drop out of the workforce and lose employer-sponsored health coverage, they are less able to afford care. Health care spending is decreasing on a federal level, too, due to the Affordable Care Act’s cuts to Medicare and the failure of many states to accept the Medicaid expansion allowed under the law. Simultaneously, the cost of many high-priced drugs is going down as pharmaceutical patents expire and allow cheaper generic versions to take hold. This drop in health care spending is, on the whole, good news. Yet, as providers experience decreased revenues, they are bound to find ways to cut costs, and that typically means cutting wages or cutting jobs.

Not all industry experts are predicting long-term lower employment of health care workers, however. Employment shifts are inevitable as hospitals and clinics move the burden of technical and administrative tasks to lower-paid non-professional staff. Still, the number of newly insured Americans is predicted to boost revenues and hiring, especially of non-physician professional staff. This belief is bolstered by the fact that the industry added 10,000 new jobs in the first two months of 2014. This trend is expected to continue into 2015, when the employer mandate goes into effect, further swelling the ranks of the insured. Although some believe the mandate is likely to have a negative effect on job growth by forcing employers to lay off workers, the net effect remains to be seen. No doubt exists, however, that more people will be able to access care, which is certain to have a positive impact on the employment outlook in the industry for years to come.

Since 2009, health care spending in the United States rose steeply for a few years, spurring a dramatic increase in industry jobs. In recent months, however, hiring of health care workers has lagged behind the nation’s overall job growth, a trend that is unlikely to continue upon full implementation of the Affordable Care Act. In fact, if the law does what it promises, runaway health care spending will be a thing of the past.