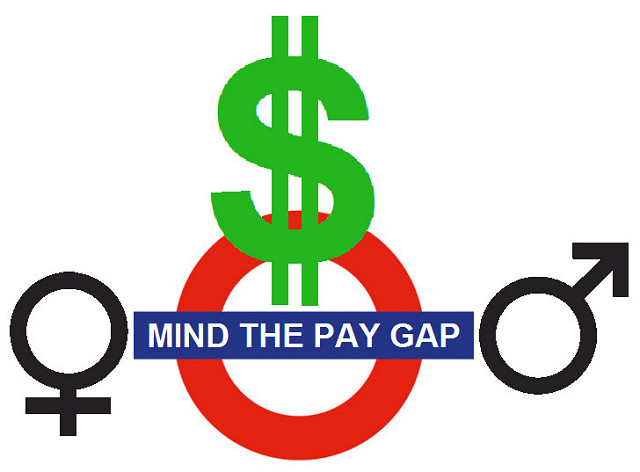 By 2020, American tech firms may need as many as 1.2 million people to fill computer-related positions. The skills needed for these jobs are very specialized, and some require degrees in science, technology, engineering or math. The increase in STEM-based careers can increase or decrease the gender pay gap, depending on what data you examine.

A lack of interest in STEM education among girls and women could help fuel a widening gender pay gap in the future. In 1980, approximately 37 percent of computer science degrees went to women. In 2015, that number shrank to 18 percent across the country. One way to combat any looming gender gap in tech jobs is to foster the interest of girls at a younger age. Girls Who Code supports educational programs in high school, while Code.org provides online tools and training for anyone interested in learning how to program computers.

In San Francisco, statistics show approximately 30 percent of public high school students enrolled in computer programming classes are girls. That number is higher than the national average of computer science degrees earned by women, but that could be due to the fact that San Francisco relies on many Silicon Valley tech companies as its economic base. To continue the upward trend in San Francisco, public schools added computer programming classes at the middle school level as opposed to just high school. However, pay for women continues to lag behind men's salaries in this geographic area.

In 2014, men in San Francisco made $73,400 as a median salary, which was $11,300 more than women working full-time jobs in the city. Men holding bachelor's degrees made an average of $15,000 per year more as compared to women over that same span. The San Francisco Chronicle points to greater job segregation between men and women in San Francisco as a factor explaining the large wage disparity. More men enter high-tech careers at corporations such as Zynga, Twitter, Google and Salesforce compared to women. More women accept lower-paying jobs in the city.

Some tech firms recognize pay disparity as a problem, and they began to solve the problem. Google enacted workshops for staff to help identify "unconscious bias" among workers. Salesforce, following an internal audit in 2015, raised the salaries of women by $3 million total. Airbnb claimed it doubled its number of female data scientists from 15 to 30 percent. Although the pay disparity between sexes is more prominent in Silicon Valley, a study published in 2013 refutes that claim.

Does the Wage Gap Exist in Tech Nationwide?

The wage gap may not exist at all when experts analyze data for the tech industry across the entire United States. In 2013, data published by Dice showed the pay disparity between men and women in the tech industry was non-existent when the website examined similar job titles, levels of education and experience. In fact, tech firms may offer better opportunities for pay for women because the industry relies less on degrees and more on skills. Another bonus is that coding jobs may not rely on a single physical location, which means many employees can telecommute.

The wage gap among men and women in tech could come from several factors. Women typically prefer telecommute or flexible work options versus men, whereas men would rather have higher salaries as compensation for work. Women could have a greater propensity for achieving a work-life balance compared to men, which could explain the reason for more telecommuters among women. Coding, done on a computer and downloaded to websites through the Internet, can happen at any time and anywhere.

Tech jobs do not necessarily have the same constraints as traditional work, which is why women tend to fare better in tech careers as compared to finance, legal, business and health care. The overall, long-term pay gap between men and women is less in tech because there is less pressure on employees to show up at the office at regular times. This industry simply allows more freedom and flexibility.

What Is The Power Of Onlyness?
news via Refinery29