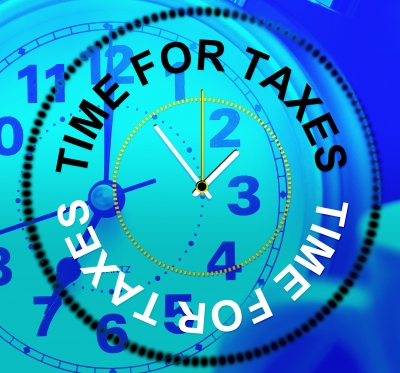 A June 2015 report from the Treasury Inspector General of Tax Administration states the Internal Revenue Service’s computers failed to properly notify taxpayers of an additional tax levy. The IRS assesses this type of penalty on people with delinquent taxes, and a levy gives the agency the authority to seize a person’s assets.

By law, the IRS must notify taxpayers 30 days in advance of a possible tax levy. This gives citizens a chance to have a hearing, pay any delinquent taxes and rectify any possible legal action before the agency seizes property. The 2015 report determined cases with automated and manual notifications seemed to protect the rights of taxpayers. However, when an automated notification served as the only means of communication with a citizen, the agency’s computer program failed to properly notify a person 20 to 40 percent of the time.

Cases involving an additional tax assessment showed 12 of 30 tax levy notifications failed to go to taxpayers in the allotted time frame for a failure rate of 40 percent. Six of 30 taxpayers who had manual levies did not receive a second notice after the IRS added an additional assessment. The manual notices failed at a rate of 20 percent. In some cases involving the field collection process, as many as 80 percent of taxpayers did not receive proper notification.

The IRS continues to have customer service issues in general, and not just regarding written notifications. Reasons for these problems include reduced funding, less training for employees and longer wait times for taxpayers trying to call the agency. The IRS received $1.8 billion less in funding for fiscal year 2015, so the department must do more with less. The agency admits as many as 40 percent of phone calls to the IRS go unanswered. Those who do get through wait on the phone an average of 70 percent longer in 2015 as compared to 2010. Perhaps the lack of computer programming expertise stems from an overall lack of funding within the department.

The computer software problems faced by the IRS represent one tiny facet of the agency’s overall problems. Even as the Treasury Department seeks more funding for a major revenue-generating arm of the U.S. government, failure to notify a person of a tax levy may cost the agency even more money, as it cannot seize property in some of those cases.

The inspector general’s office made no recommendations as to how to solve the tax levy notification issue. The Treasury Department plans to review this problem again in 2016 to see if new programming solved the problem. Until then, accountants and taxpayers alike should continue to expect headaches when dealing with customer service aspects of the IRS.

Register
Sign In
Millions Of Americans Are Lost In The Black Hole Of The IRS
news via Politics - The...
Macron scraps fuel tax increase as panicked Elysée warns of thousan...
news via Yahoo News - Latest...