If Consumer Confidence is Up, Why are Home Sales Down? 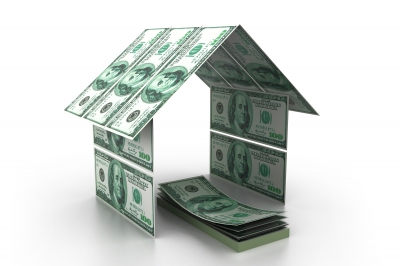 Home sales decreased by 3 percent in July this year, according to data from RealtyTrac. Compared to the same month of last year, sales are down by 12 percent. This slump in sales correlates with a decrease in home values for the majority of American households.

Median home prices actually rose by 3 percent, but this data is misleading, as the median figure is pulled upward by increased sales of very expensive homes. Across 65 percent of the United States, home values have actually decreased, discouraging sales of these properties.

So far, the slump in home values hasn't been enough to put a dent in the nation's increasing consumer confidence, which has increased as unemployment has fallen, and the United States has continued to gradually progress along the path of economic recovery.

Consumer confidence is steadily rising in the United States. In July 2013, it hit its highest value for six years when a Consumer Confidence Index survey showed that consumers were feeling more optimistic about the state of the economy, with fewer people claiming that employment is difficult to obtain and more people reporting that they predicted improvements in business conditions. Since then, consumer confidence has been rising still further, hitting a high of 92.4 on the Consumer Confidence Index in August 2014.

Rising consumer confidence is good news for many U.S. industries, including the auto industry, which has experienced a recovery in sales recently. Other retailers also benefit from an increase in confidence, as consumers are more willing to spend their hard-earned dollars on goods and services.

However, the surge in consumer confidence might not last if home prices do not start to recover soon. Although some states, including Ohio, Michigan and Virginia, have seen home price recoveries of more than 20 percent, the general trend has been for small and midsized home values to decrease across the nation. This fall in home values is likely to dampen down consumer confidence, as a home is the biggest asset that most American households own. Further falls in the sale values of homes could push down consumer confidence, helping to drive the United States back into economic decline.

According to Daren Blomquist, vice president of RealtyTrac, the housing market is "entering a dicey transition phase." He says that the market is becoming more dependent on first-time homebuyers, a group who may be struggling to get the financing they need to purchase a home.

The recent surge in consumer confidence is welcome news to the US economy. However, its continuation depends on the economic recovery reaching the housing market and increasing home values and sales.