Immigration Reform Could be a Game Changer 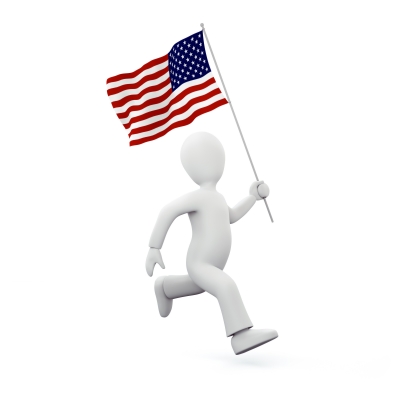 The topic of immigration reform is one that tends to polarize Americans, but according to the Institute on Taxation and Economic Policy, one thing is certain: Legalizing undocumented immigrants could be a big plus for the economy. Not only would immigration reform benefit the estimated 11 million undocumented immigrants currently living in the United States, it could also boost local and state tax revenue in a time of desperate need.

Two 2016 reports from the National Association of State Budget Officers show the obvious need for more tax revenue in multiple states, a need that has recently only been increasing. According to the reports, the number of states looking to increase their net taxes in 2017 jumped from 13 to 20 between spring and fall of 2016.

The reports reveal other important fiscal matters as well. The spring survey showed 43 states calling for more general spending on health and education in the coming fiscal year. It also revealed that 18 states were forced to make mid-year budget cuts that totaled more than $2 billion in 2016. To top it all off, states' total funds, including rainy day funds, decreased roughly $10 billion from 2015 to 2016 and are expected to fall even further.

While there is no one-size-fits-all solution to the need for increased net taxes, legalizing undocumented immigrants could significantly boost tax revenue. These immigrants already pay an estimated 8 percent in taxes, higher than the average 5.4 percent that comes from the nation's top 1 percent of taxpayers. However, giving them legal status would open doors for even more taxation while improving quality of life for these millions of people, as many undocumented immigrants work for extremely low wages. Legalizing these immigrants would allow them to score higher paying jobs and in turn increase their personal income tax contributions.

This isn't the first time similar measures have been suggested. With President Barack Obama's 2012 and 2014 executive actions, state and local taxes imposed on undocumented immigrants, once fully in place, would net $805 million annually. Granting legal status, on the other hand, would boost revenue by $2.1 billion annually.

Although the benefits are clear, is there any possibility the reform could take place anytime soon? As the Trump administration takes office, immigration reform is up in the air. While the president-elect no longer insists on the deportation of all illegal immigrants, he still plans to implement other measures that would bring consequences to the country's 11 million undocumented immigrants.

Reports from NASBO show that many states are in dire need of increased net taxes, and immigration reform could be a viable solution. Whether the Trump administration would consider the strategy of legalizing undocumented immigrants is much less certain.

Photo courtesy of chrisroll at FreeDigitalPhotos.net