Impact of Government Shutdown on Sales 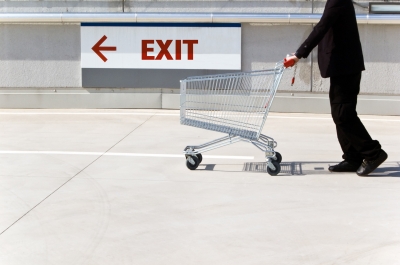 A government standoff in October 2013 led to a partial shutdown as the houses of Congress and congressional leaders failed to come to terms on budgetary issues. This led to a partial federal government shutdown with nonessential personnel in many governmental jobs receiving furloughs and national parks and attractions closing until a compromised was reached. The federal government shutdown also affected sales in many different markets, though its impact varied greatly between different sectors.

Sales professionals watched the government budget fight closely, carefully monitoring how it may affect their buyers. Realtors and others in the housing market already faced a heavy uphill climb out of recession when the federal government shutdown hit, and the fallout from the event seems to have taken much of the momentum from recent moves towards recovery. Increased home prices, a good sign for investors and those who already have home mortgages, also contributed to fewer overall sales in the market. This created a perfect storm of sorts that threatened the recovery effort.

The United States auto market escaped the federal government shutdown relatively unharmed. Many buyers simply postponed their purchases until after the event. Fears that the shutdown may have crippled an industry that, like the housing market, continues to work its way up from recession levels appeared unfounded in the weeks after the partial federal government shutdown concluded. Government budget officials reached a last-minute compromise that does not appear to have left any major repercussions for auto sales professionals.

The biggest impact of the federal government shutdown on consumer markets seems to be an erosion of confidence. Consumer confidence in the economy dipped as low as it had been since the emergence of the housing bubble and the subsequent economic crash in America. A decrease in consumer confidence regularly equates to fewer retail sales, and the fourth quarter is very important for sales professionals in many different markets. From consumer goods and electronics to business-to-business transactions, the consumer confidence index provides an important indicator of market health and future success. It may take some time for consumers to feel safe spending instead of saving after the obvious breach of confidence created by the shutdown.

The federal government shutdown affected salespeople in many different sectors in different ways. In the housing market, it combined with increased home values to create a slowdown in direct home sales. Automakers and the salespeople who move their products are not likely to see any real change emerging after the event, but consumer confidence is down. This drop in confidence may note a difficult fourth quarter for sales in America, traditionally a very important time for retail salespeople and businesses. The partial federal government shutdown is currently over, but tensions regarding the budget and the threat of another could reappear next year under the compromise reached to reopen government offices. These could change the market outlook for many sales sectors.