In Spite of Fears of Being Trumped, Record Numbers Sign Up for Obamacare 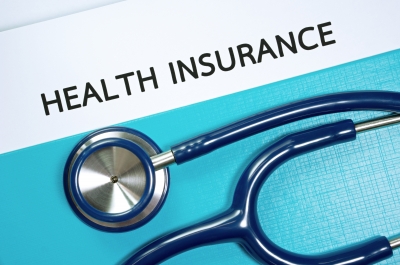 A record number of Americans signed up for health insurance on HealthCare.gov as part of the mandate of the Affordable Care Act. As many as 400,000 more people signed up in the open enrollment period in 2016 versus the same time in 2015, leading to 6.4 million people signing up.

This record happened despite news in October 2016 that health insurance premiums rose by as much 25 percent. On the last day of open enrollment, or the deadline to complete open enrollments in December 2016, a record 670,000 applicants chose to sign up for coverage. That figure represents the single-busiest day for enrollment through HealthCare.gov. By the end of January 2017, officials expect as many as 13.8 million people to sign up for coverage among 11 insurance exchanges run by states in addition to the 39 states where HealthCare.gov lets you buy insurance.

These record numbers come after government officials warned Americans that president-elect Donald Trump and the Republican-controlled Congress plan to repeal all or portions of the Affordable Care Act (Obamacare) after the new administration starts in early 2017.

Department of Health and Human Services Secretary Sylvia Burwell predicts as many as 30 million people could lose health insurance coverage if Republicans follow through with the threat of a repeal. Burwell also said as many as 30,000 people called the government's help line in one day asking about coverage under a Trump administration.

Americans are signing up for health insurance coverage before Trump takes office because the contract goes into effect for 2017. The coverage, once the contract is signed, cannot go back on its terms until the contact expires. If a patient signs up for insurance and pays a particular price from January 2017 to January 2018, nothing changes for the person until the year-long contract expires. Burwell cites these record numbers as proof that Obamacare is good for the country despite its vocal critics.

Health insurance companies had a tumultuous 2016. There was the contentious election, and new federal rules go into effect regarding how companies report profits. The country's five largest providers may plan a huge merger as these companies seek to turn more profits while providing good care for patients. Whether these rumors or mergers can help bring costs back down remains to be seen. In 2017, these insurance companies may rethink their strategy based on the business climate once Trump takes office.

The incoming administration has yet to reassure health insurance companies as to their future. Despite the stock market's continued rise, it may be a difficult and interesting year for health care providers as they grapple with new rules, a new government and new ways to serve the populace.