Internet of Things Security Challenges: What Companies Need to Know 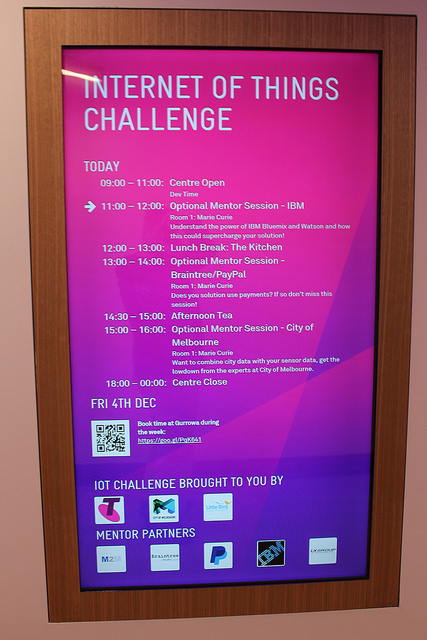 The Internet of Things opens up many exciting new opportunities for companies, but it also poses security challenges that businesses must address. By adding IoT devices to their networks, businesses grow susceptible to potential access points for hackers, which could put the organization at risk of a data breach. Companies must respond to these new security challenges to keep their customers' data safe.

According to a recent security survey by PricewaterhouseCoopers, 70 percent of IoT devices do not have fundamental security safeguards. The lack of consideration given to security in the design of some of these devices could leave them vulnerable to cyberattacks. Security experts have already identified security flaws in many consumer IoT devices, including fitness bands and even Jeeps and other Internet-connected cars. If these security flaws exist in consumer IoT devices, it's likely that the devices companies use to track their vehicles, control inventory and remotely monitor their businesses could also be vulnerable to attack.

Part of the problem is the number of different protocols that IoT devices use to communicate with each other. As recently as a few years ago, almost all devices in a business would communicate via Wi-Fi, which uses a protocol that has been revised through several generations to ensure it is secure.

Today, IoT devices can communicate via Bluetooth, ZigBee, near field communication and other wireless communication options. Some companies have even created their own protocols to allow their devices to communicate, such as Nike+, which connects Nike devices such as smart shoes to computers and phones. These new protocols may not be as secure as Wi-Fi, which means that hackers could find a way to intercept data while it is being transmitted between devices.

If hackers find a way to use IoT devices connected to a company's network to steal customer data, the consequences for companies could be severe. In recent years, several major companies, including Target, have experienced data breaches that resulted in a lot of negative publicity and expense, as hackers were able to steal huge amounts of potentially sensitive customer data.

Experts worry that IoT devices could unlock new opportunities for hackers to steal data as they are always connected to company networks. Human operated devices, such as smartphones and computers, require users to input passwords each time they connect to the network. On the other hand, IoT devices typically undergo a single authentication process, after which they are continuously connected to the company network. If hackers steal a connected device, they may be able to gain access to the wider network, which could allow them to steal data.

IoT devices allow companies to monitor and automate many aspects of their businesses, but they can also pose serious security challenges. Companies must address these security challenges to keep their customers' data safe from possible hacks.

Register
Sign In
When Ellen Came Out, She Didn’t Just Change Lives. She Saved Them.
news via Entertainment - The...
How one sheriff’s office uses integrated data management to gain ac...
news via PoliceOne Daily News