Interviewing for a Government Engineering Position 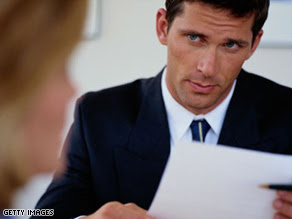 If you've never worked for a public entity as an engineer, an interview with a governmental organization may catch you off guard.

The interview style and procedures often follow a similar format--specific questions from your resume and experience, followed by a question-and-answer session. But sometimes the questions will have nothing to do with your past experience. They will, instead, focus on hypothetical questions. For example, what you would do in a specific situation, given a number of itemized constraints.

Another government interview scenario for a civilian engineer might address your ability to manage several consultants while taking an active role in a project. The interviewer might even question how you would interact with the general public.

One candidate for a project management position had to endure a gauntlet of interviews. The first, being a “group interview” where five candidates were interviewed by three hiring managers. The managers would ask each candidate a series of questions, then randomly ask the other candidates to elaborate on the first candidate's response. During the second part of the interview, a group of three randomly selected candidates were given an engineering situation and told to come up with a solution, which they later presented to yet another group of managers. The three chosen candidates had only met each other that morning, yet they had to work together while each was trying to outshine the other.

For additional interviewing tips, check out James Mannion's paperback, "The Everything Guide to Government Jobs"

For more information on Engineer jobs, check out:
http://www.engineer-jobs.com/